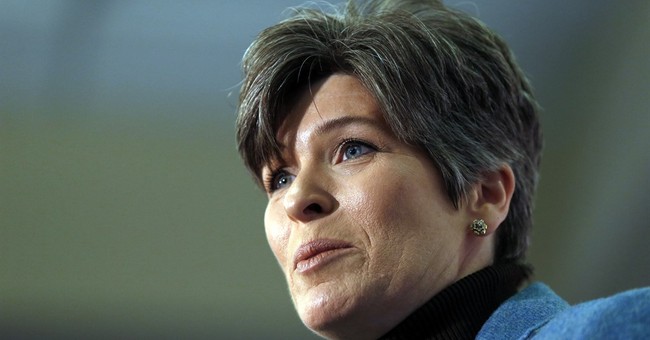 As the veepstakes chatter continues, presumptive Republican nominee Donald Trump tweeted that he would be meeting with Sen. Joni Ernst (R-IA) on Monday in New Jersey.

I look forward to meeting @joniernst today in New Jersey. She has done a great job as Senator of Iowa!

Trump also tweeted about meeting with Indiana Gov. Mike Pence (R) and tweeted praise towards Sen. Tom Cotton (R-AR). Trump followed up his tweet about Ernst with tweet saying that everyone who has come out against being Trump's VP were never going to be asked.

The only people who are not interested in being the V.P. pick are the people who have not been asked!

Ernst would be an intriguing pick if she is indeed chosen as Trump's running mate. She's the first female veteran to serve in U.S. Senate, and she's a solid conservative--something that could help to quell the fears of people who do not think that Trump is sufficiently conservative. She's also a woman, which could help to improve Trump's dismal approval ratings among women.

On Ernst's end, she has remained mum and hasn't tweeted anything about the Trump meeting. The only tweet from her official account on Monday was a Fourth of July greeting.

With the RNC looming, time is running out for Trump to pick a running mate; but he's certainly got some decent options.