Al-Qaeda: Target White People In The U.S. So It's Not Called A Hate Crime 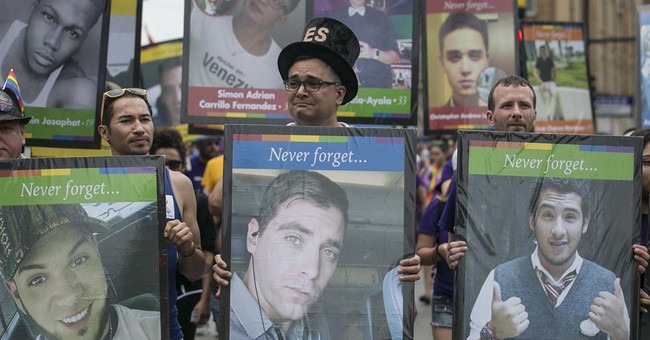 Al-Qaeda has some curious advice for wannabe jihadis: don't attack a place unless it's frequented by people of the "Anglo-Saxon community." This warning was published in the "Inspire" magazine periodically published by Al-Qaeda. The rationale behind this warning is to avoid having future terrorist attacks labeled as hate crimes instead of acts of jihad.

On June 12, Omar Mateen attacked Pulse, a gay nightclub in Orlando, killing 49. He had repeatedly pledged allegiance to the Islamic State before and during the attack, yet government officials were slow to label the atrocity as an act of Islamic terror. Instead, things like lax gun laws and homophobia were blamed for inspiring the attack. While Al-Qaeda was pleased that Mateen chose gays as his target, they are not upset that the federal government is "taking full responsibility" for the crime.

While Mateen chose to target what the guide refers to as a “homosexual nightclub,” noting that killing gay people is “the most binding duty and closer to human nature,” it suggests to “avoid targeting places and crowds where minorities are generally found in America,” because “the federal government will be the one taking full responsibility.”

This refers to the heated debates sparked in the U.S. in the aftermath of the Orlando shooting by media, law enforcement and legislators debating the roles that gun laws, hate crimes and terror each played in the incident.

The document, published specifically with a targeted message against Americans was released in addition to the group’s periodical “Inspire” magazine, which often exploits terror attacks in the West and makes threats against Europe and the United States.

While it's not entirely clear if Mateen was officially affiliated with a terrorist group such as ISIS or Al-Qaeda, or if he were a "lone wolf" inspired by ISIS propaganda from the internet, it is clear that they hope his attack inspires others in the Al-Qaeda network to strike.

It's pretty disgusting that terrorists are using America's culture of political correctness to help plan attacks in order to better promote jihad. The government shouldn't blame guns or homophobia or whatever when a person shooting up a place confesses allegiance to a terrorist group mid-attack. It shouldn't matter if the victims were gay Puerto Ricans or nuns in a convent--Islamic terrorism is Islamic terrorism, and there shouldn't be any shame or hesitancy to identify this.