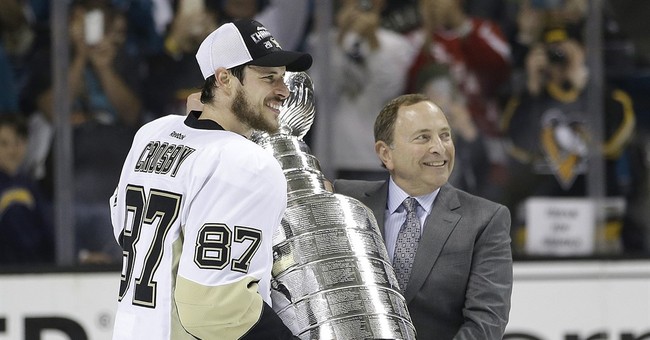 When the NHL opened up the league to potential expansion, one location seemed fairly obvious as a landing spot for a team: Quebec City. After all, there's been a team there before, people in Quebec actually like hockey already, and the city is desperate to have a team once again. Instead, the NHL decided to award the expansion franchise to Las Vegas. This will be the first of the big four sports teams to play in Vegas.

As for Quebec City, the no-brainer option? The NHL said that while the city is basically a perfect location for a team, the fact that their dollar has significantly devalued meant that it didn't make financial sense to put a team there just yet.

The NHL has deferred the expansion application by Quebecor and its ownership group in Quebec City. pic.twitter.com/igzTBnuYPU

Needless to say, reactions to the news were decidedly mixed, with many people predicting that the team in Vegas would inevitably fail:

Just name them the Vegas Nordiques. That way it makes it easier when you have to move the team to Quebec City in 5 years.

To all of those Quebec City fans hoping to bring back the Nordiques. You can blame the terrible job Trudeau has done with the economy! #NHL

I think I have a new favorite #NHL team

Maybe hockey in the desert will work this time around?