WOW: Look What Happened To Teens When Colorado Legalized Marijuana 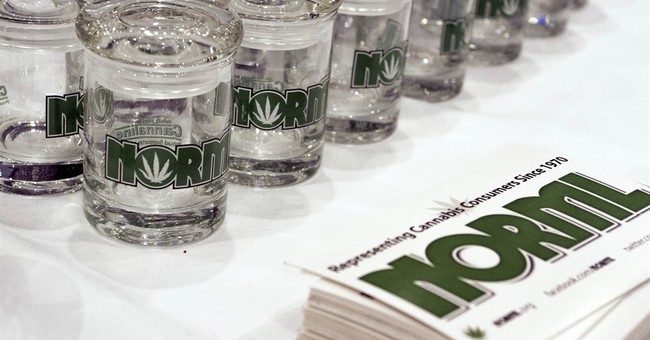 As it turns out, the kids are all right. A new survey out of Colorado shows that kids are not smoking marijuana more than they were before the drug was legalized.

The results of the latest Healthy Kids Colorado Survey, which asks Colorado's middle and high schoolers about various drugs, shows that marijuana rates have neither increased nor decreased since the state first made marijuana available for recreational use in 2014. Despite the drug's legality for people over the age of 21, nearly two-thirds of teens say that they've never tried it. Cigarette rates have declined, and alcohol remains the most popular substance for teens. These trends are mostly in-line with the rest of the nation.

The marijuana finding is the second time the Healthy Kids Colorado Survey — which is conducted every other year — has found flat pot use among Colorado teens despite the post-legalization boom in marijuana commercialization.

The 2013 version of the survey found that 19.7 percent of teens had used marijuana in the past month. The 2015 version puts that number at 21.2 percent, but Larry Wolk, the executive director of the Colorado Department of Public Health and Environment, said that increase is not statistically significant — meaning it could be a wiggle in the data and not a meaningful increase. In 2009, at the beginning of the state’s boom in medical marijuana stores, the rate was 24.8 percent.

Now that Colorado's experiment with legal marijuana has been around for a few years, the effects of loosening drug prohibition on a society are starting to come about. Some pretty high-profile naysayers, including the governor have admitted that many of their fears simply didn't materialize.

Since Colorado legalized marijuana, Alaska, Oregon, Washington, and the District of Columbia have joined them. Maine and California will vote this November on legalization.