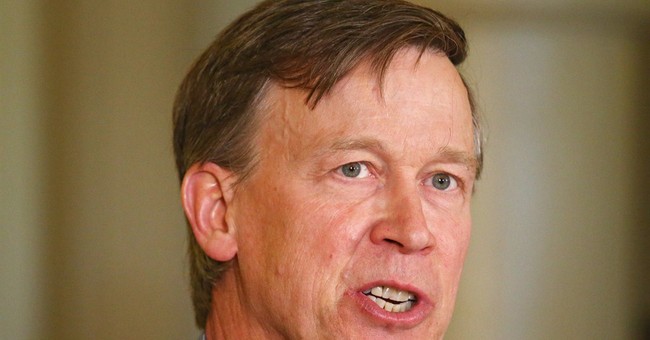 In 2012, Colorado became the first state in the union to legalize the recreational use of marijuana. Many, including Gov. John Hickenlooper (D) were skeptical about the law--with Hickenlooper even calling legalization reckless. Now, about a year and a half since marijuana has been legally sold in the state, Hickenlooper appears to have completely changed his tune on the issue.

During a recent panel discussion at the Milken Institute Global Conference in Los Angeles, he said that despite opposing the legalization of pot, his job was to “deliver on the will of the people of Colorado.”

“If I had that magic wand now, I don’t know if I would wave it,” he said. “It’s beginning to look like it might work.”

It was the latest in a series of comments Hickenlooper has made signaling what looks like an evolution of his views on marijuana. In April last year, during an interview with Fox Business host Maria Bartiromo, Hickenlooper said legal weed was “not as vexing as we thought it was going to be.”

And during an appearance on "60 Minutes," he predicted that Colorado might “actually create a system that could work” in successfully regulating marijuana.

While there certainly were some issues in the early days of legalization--NYT's Maureen Dowd's experience with edibles, for instance--crime is down, unemployment remains low, and the marijuana industry has brought in about $100 million in revenue. The world certainly hasn't ended in Colorado, and even those opposed to legalization are coming around.

Since Colorado legalized marijuana for recreational use, Alaska, Oregon, Washington, and the District of Columbia have followed suit. Maine and California will vote on the issue this November.