Wow: Girl Killed By ISIS Urges Her Family to Forgive Them 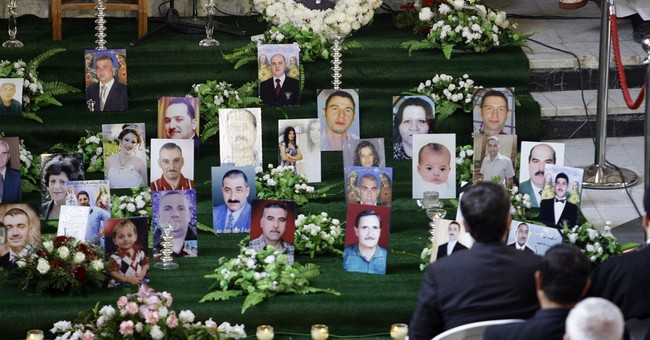 Last month in Mosul, a 12-year-old Christian girl was burnt to death by ISIS militants after her family failed to pay the Jaziya, or tax on non-Muslims, on time. According to her parents, the militants stormed the house and demanded payment, and then lit the house on fire. As the girl lay dying from her horrific burns, she did something almost unthinkable: she urged her parents to forgive her attackers.

Human rights advocate, Jacqueline Issac, said the mother told them she would pay, but asked for a “few seconds” as her daughter was in the shower.

The jihadis reportedly refused to wait and lit the house with a torch immediately.

Both the mother and her daughter managed to escape the burning house, but the child died from her fourth degree burns a few hours later.

Ms Issac told the Daily Express: “The daughter had fourth degree burns and the mother took her daughter, scrambling, doing anything to save her.

“She rushed her to the hospital and her daughter died in her arms.

“The last thing her daughter said was: ‘Forgive them’.”

The family has not been identified, but told their story through human rights advocates.

In May, John Kerry described ISIS' actions towards Christians and other religious minorities in Iraq and Syria as "genocide."

The courage and compassion displayed by the young Iraqi girl in the face of unimaginable horrors is reminiscent of the story of St. Maria Goretti, an 11-year-old Italian girl who was stabbed to death in 1902 while fending off a rapist. While dying in the hospital in the days following her attack, St. Maria Goretti said that she forgave her attacker, and hoped to see him in heaven with her. (Her attacker was present at her canonization ceremony in 1950, having fully repented from his actions after being released from prison.) The Christian love and charity displayed by these two young women is something that all people should aspire to imitate.