Rep. Rohrabacher: I Use Medical Marijuana To Treat My Arthritis 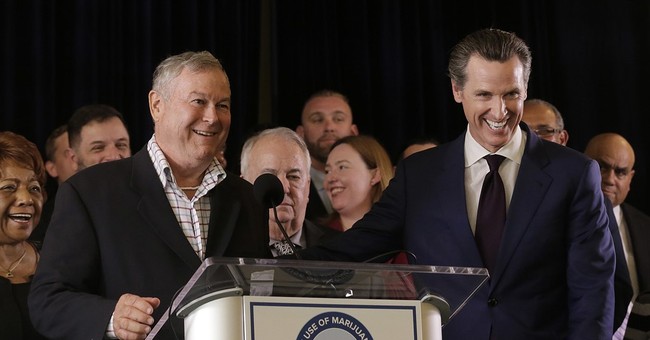 Rep. Dana Rohrabacher (R-CA) has admitted to using medical marijuana to treat pain in his hands caused by arthritis. According to Rohrbacher, it worked very well and he was able to sleep without pain for the first time in quite a while.

Speaking to NORML, the National Organization for the Reform of Marijuana Laws, Rohrabacher said Tuesday that he used a topical cannabis treatment that got rid of pain he'd been experiencing for over a year.

"I tried it two weeks ago, and it's the first time in a year and a half that I had a decent night's sleep because the arthritis pain was gone," Rohrabacher told the audience, who applauded.

Rohrabacher says that his arthritis developed after decades of surfing and that he hasn't been able to surf since the pain developed.

"I went to one of these hemp fests in San Bernardino," he told the crowd. "It's a candle, and you light the candle, and the wax is in there, and it melts down, and you rub it on whatever you've got problems with.

"There's definitely cannabis in there, and it makes sure I can sleep now," he said.

California is likely voting this November (along with Maine) to fully legalize marijuana for both recreational and medicinal uses. Medical marijuana is currently legal in a majority of states in some form to treat a selection of illnesses.