Former Red Sox Player To Run For Governor of Vermont 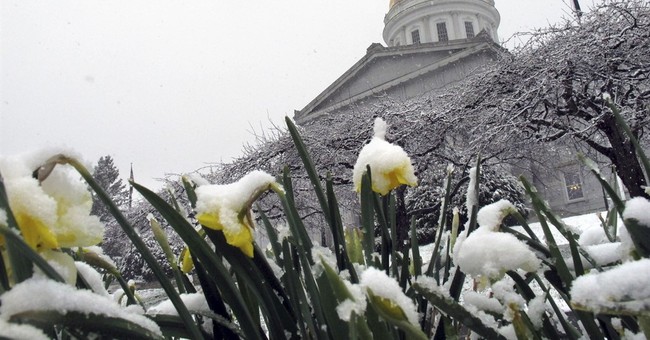 Former Red Sox pitcher Bill "The Spaceman" Lee is making a run for governor of Vermont as a member of the Liberty Union party. His platform includes legalizing marijuana, instituting a paid family leave, single-payer healthcare, and bringing the Expos back to Montreal.

While he certainly draws similarities to current presidential candidate (and fellow Vermonter) Sen. Bernie Sanders, Lee rejects the comparison, calling himself "Bernie-heavy," not "Bernie-lite." He also describes himself as a "pragmatic, conservative, forward thinker."

"You get what you pay for, if you want change, you vote for Sanders or me. I'm Bernie-heavy, I'm not Bernie-lite. My ideas were before Bernie," Lee told WCAX. "If you want to see money come down from the 2 percent, we're going to need umbrellas when I'm elected, because it's going to be raining dollars,"

During his time in the majors, Lee was known for eccentrically entertaining interviews and his "Leephus" pitch, a slow, arching junkball. He feuded with Sox manager Don Zimmer, and famously declared that he sprinkled marijuana on his pancakes to battle Boston's bus fumes.

Lee also promised that if he were elected and Donald Trump were elected, he will remove Vermont from the United States.

Lee was inducted into the Red Sox Ball of Fame in 2008. This is his second run-in with politics; in 1988, he ran for president on the Canadian Rhinoceros Party ticket.