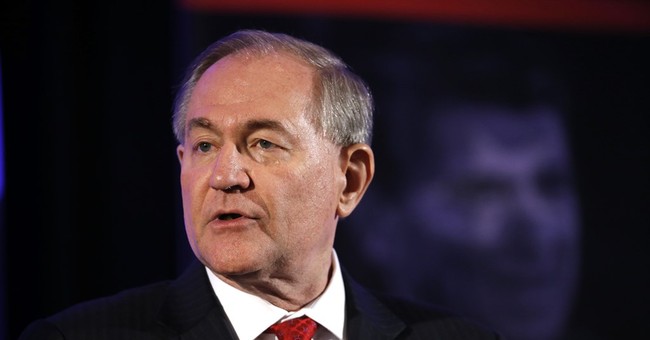 It turns out that Gilmore-mentum (maybe?) never ended in Chelsea, MA, where the candidate surged to a huge victory in the city, receiving 47.7 percent of the vote despite dropping out of the election in February.

However, according to Boston.com, this might all just be a reporting error:

The likeliest explanation is a reporting error, in which each of the candidate’s names was shifted a line down. Correcting that would put Trump at 47.2 percent support and Ted Cruz at 18.8 percent, followed by Marco Rubio and John Kasich. Those results are much more in line with the rest of the state.

Chelsea’s city clerk did not immediately respond to a request for comment.

Whether this is a reporting error or the unlikeliest surge in the history of politics, one can agree that this is still an amusing election result.

Donald Trump was the winner of the Massachusetts GOP primary. Gilmore received just over a thousand votes statewide.