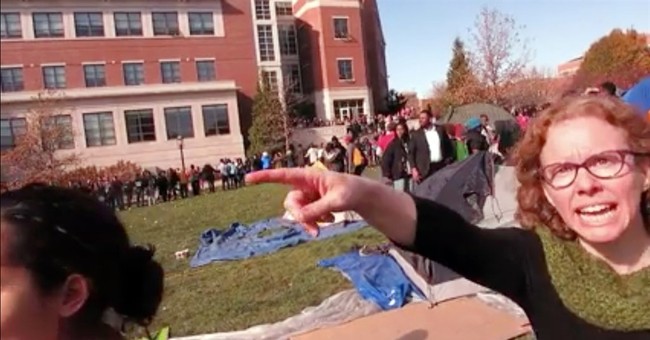 Mizzou Assistant Professor Melissa Click, who was charged with assault for her actions during the on-campus protests last year, has been fired by the university.

The board voted 4-2 in favor of termination during a closed session in Kansas City, with Henrickson and curator John Phillips opposing the move, UM System spokesman John Fougere wrote in an email Thursday. Curators David Steelman, Donald Cupps, Maurice Graham and Phil Snowden voted in favor of firing Click.

“The board respects Dr. Click’s right to express her views and does not base this decision on her support for students engaged in protest or their views,” Henrickson said in the prepared statement. “However, Dr. Click was not entitled to interfere with the rights of others, to confront members of law enforcement or to encourage potential physical intimidation against a student.”

The statement from Henrickson cited Click’s behavior at the Homecoming parade, when she cursed at a police officer who was moving protesters out of the street, and on Nov. 9 at Concerned Student 1950’s protest site on the Carnahan Quadrangle. Her actions at the protest site, Henrickson said, “when she interfered with members of the media and students who were exercising their rights in a public space and called for intimidation against one of our students, we believe demands serious action.”