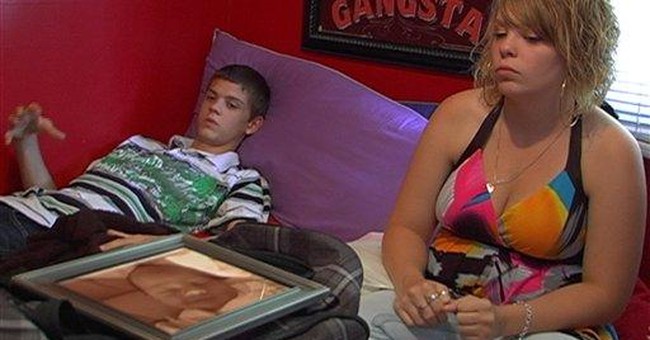 Catelynn Baltierra (née Lowell) and her husband Tyler were featured on the first season of MTV's "16 and Pregnant" when Catelynn became pregnant when she was a junior in high school in 2009. The Baltierras decided, against their parents' wishes, to place their child for adoption as they felt their living environment at the time was not an appropriate one in which to raise a child. Their daughter, Carly, was adopted by a couple living in North Carolina, and Catelynn's story after Carly's adoption has been featured on the show "Teen Mom OG" since late 2009. Since their initial television appearance, Catelynn and Tyler have had another child together, and were married last August.

Check out the video:

Catelynn and Tyler did not have the easiest time coming to terms with their decision to place Carly for adoption (which played out in a very public manner), but I thought they did a fantastic job explaining the role they play in her life. In other Q&A questions posted on the page, the couple described how they felt as though their decision to delay their marriage until they were mature enough was the correct one--they were engaged for nearly six years and had been together since they were in middle school. (They are the only couple from their season of "16 and Pregnant" to remain together to this day.)

While Catelynn had a very different story from the rest of the girls featured on the first season of "16 and Pregnant," hers was a necessary addition to the season to show viewers an example of someone who chose adoption rather than raising her child. It's been very interesting to effectively watch Catelynn and Tyler grow up on television the past six years, and I'm glad that they were able to share their journey and help others in similar situations.