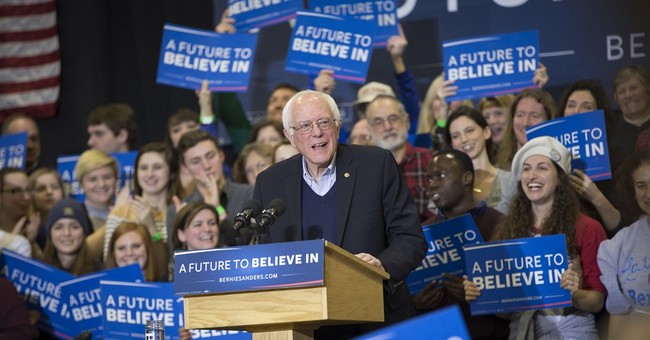 After last Monday's ridiculously close caucus in Iowa, many Bernie Sanders supporters were crying foul at the results. Now, they have another reason to be suspicious: the Iowa Democratic Party has announced that they will not be releasing the raw vote totals from the caucuses. The party did, however, release the vote totals in 2008.

Despite calls to simplify the caucus process and prevent the errors that plagued this year's caucuses, Iowa Democrats are holding firm to their current system.

Sanders' boost brought him to a quarter of a percentage point within Clinton's number. The winner of the popular vote, meanwhile, remains unclear as state party officials have declined to release raw votes.

The mistakes have also led to calls for the Iowa Democratic Party to change its process, which differs from the Republican Party's method of conducting a simple, secret straw poll. The Democrats use complex math formulas, coin tosses and past voter turnout to calculate numbers from a series of headcounts.

On Sunday, The Des Moines Register quoted a news release by Iowa's Democratic Party Chairwoman Andy McGuire, who promised to convene a committee that would "improve on our caucus process while preserving what makes it special."

Many, however, are drawing the obvious conclusion that refusing to release the numbers indicates that Clinton didn't win the popular vote in Iowa.

A Dem Party angry at winning popular vote but losing the 2000 election so far won't release the popular vote totals from Iowa.