Former Mexican President: Yeah, We're Not Going To Pay For That Wall 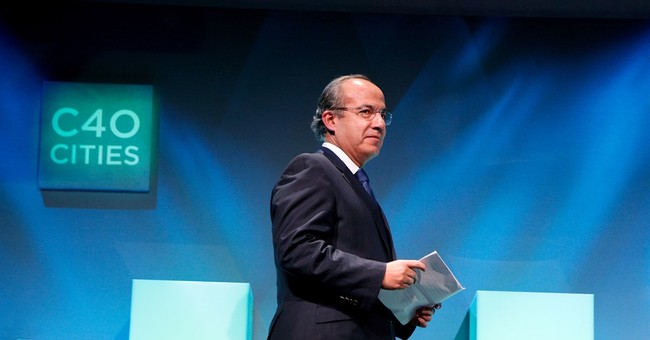 The GOP presidential hopeful insisted in October that if elected, he would build a wall aloing the Mexican border and get Mexico to pay for it. But Calderon, Mexico's president from 2006 to 2012, told CNBC on Saturday that there was no way that Mexico would pay for it.

"Mexican people, we are not going to pay any single cent for such a stupid wall! And it's going to be completely useless," Calderon said.

"The first loser of such a policy would be the United States," he said. "If this guy pretends that closing the borders to anywhere either for trade (or) for people is going to provide prosperity to the United States, he is completely crazy."

Despite Trump's repeated claims that Mexico will build the wall (and pay for it), he has offered vague explanations as to how this would actually happen.