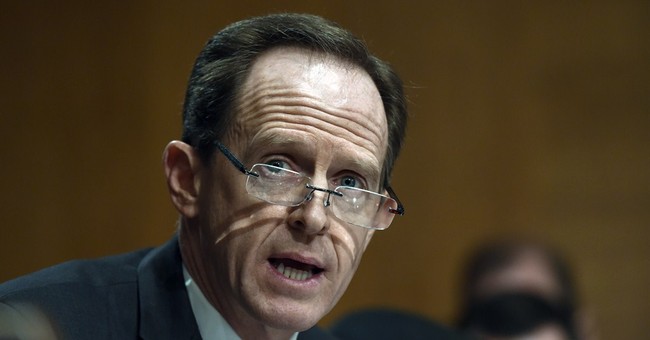 The rollouts are designed to generate momentum for Rubio, who finished strongly in the Iowa caucuses and is hoping for a similar showing in New Hampshire. The Florida senator hopes to unify the Republican establishment around him and cut off avenues of support for his competitors in the mainstream lane of the GOP primary — Jeb Bush, Chris Christie, and John Kasich. Many in the party hierarchy would like to soon coalesce around one candidate and halt insurgents Donald Trump and Ted Cruz.

Toomey, a swing-state Republican and former president of the anti-tax Club for Growth, is facing a competitive reelection bid in 2016. Those close to the Pennsylvania senator say he’s deeply concerned about who represents the top of the ticket for the GOP.

It was not exactly clear, the sources said, when the official endorsement would be made, but they said it could come as soon as Wednesday or Thursday.

One must wonder if Scott and Toomey are the opening acts to an even bigger endorsement later to come this week: