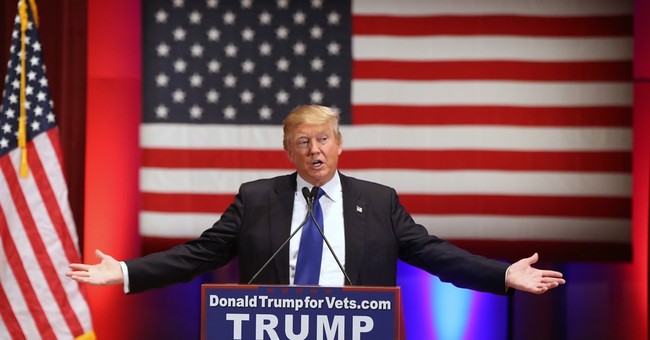 Speaking at his event on Thursday night, Donald Trump was given an "honor ring" by three veterans from the charity 22Kill, to wear as a constant reminder about the struggle veterans often face when they return home. The charity's name is in reference to the 22 veterans who commit suicide each day. The ring, which is designed to be worn on the trigger finger, is a “silent salute” to veterans.

Trump after he donned the ring.

After the veterans from 22Kill departed the stage, Trump then invited Diamond and Silk, who went viral for their "Stump for Trump" video, to the stage. They spoke for a short while before Trump returned.

Mysteriously, mere minutes after receiving the ring and placing it on his right index finger, the ring had vanished.

22Kill took to their Twitter to defend their involvement in the rally, noting that it was not an endorsement.

Meanwhile, what actually happened to the ring is currently unknown. It's entirely possible that the ring was too big, but it's kind of strange he couldn't keep it on for more than a few minutes.