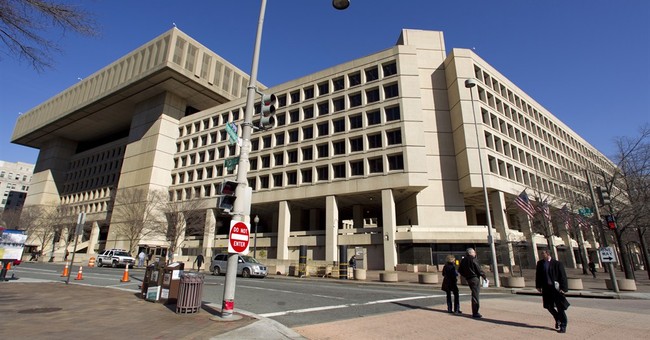 Recently in Milwaukee, the FBI thwarted a terrorist attack at a Masonic center in the city. The perp, Samy Mohamed Hamzeh, told people that he wanted to enter the building with two co-conspirators (who were actually FBI informants) and "eliminate everyone" as a way to defend Islam and make the Mujahedeen proud--in addition to inspiring other attacks throughout the country. He was caught after he purchased two weapons and a silencer from undercover FBI agents.

Curiously, Hamzeh has yet to be charged with any terrorism-related counts. He is only being charged with owning a machine gun and a silencer.

"(Hamzeh) also said that he wanted this mass shooting to be 'known the world over' and to 'ignite' broader clashes. It is difficult to calculate the injury and loss of life that was prevented by concerned citizens coming forward and by the tireless efforts of the FBI and the Joint Terrorism Task Force."

Hamzeh does not claim a connection to an established, known terrorist group, according to the complaint. At one point he says, "We have our own group, not with Hamas, ... we are here defending Islam, young people together join to defend Islam, that's it, that is what our intention is."

Jeff Cramer, a former federal prosecutor, said a criminal complaint is used to arrest someone and it appears there was urgency to take Hamzeh into custody. Prosecutors still must present the case to the grand jury, when additional charges may be added, including a terrorism-related count, but that will depend on the facts of the case, Cramer said. Such counts generally require approval from the Justice Department in Washington.

Aside from the fact that this is terrifying and the FBI is lucky they were able to catch this guy before he was able to act on his plan, wouldn't it make sense to actually charge him with terrorism counts? Further, how is this not bigger news? This was a thwarted terrorist attack by a radical Islamist, and it should be called as such.