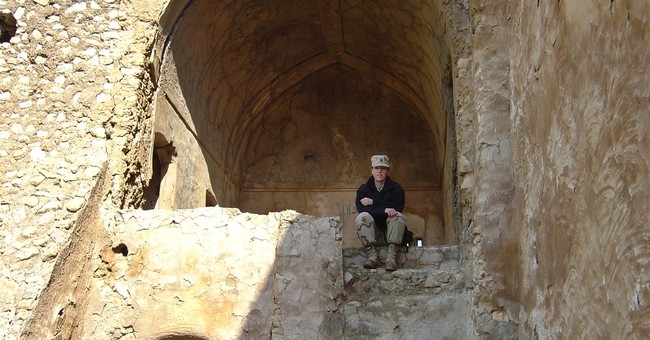 The oldest Christian monastery in Iraq, St. Elijah's Monastery, has been destroyed by ISIS and is now a pile of rubble, the Associated Press reports. The building had stood for over 1,400 years and was recently a location for religious services for U.S. servicemen.

Satellite photos obtained by The Associated Press confirm what church leaders and Middle East preservationists had feared: The oldest Christian monastery in Iraq has been reduced to a field of rubble, yet another victim of the Islamic State group's relentless destruction of heritage sites it considers heretical.

St. Elijah's Monastery stood as a place of worship for 1,400 years, including most recently for U.S. troops. In earlier millennia, generations of monks tucked candles in the niches, prayed in the chapel, worshipped at the altar. The Greek letters chi and rho, representing the first two letters of Christ's name, were carved near the entrance.

This month, at the request of the AP, satellite imagery firm DigitalGlobe tasked a high resolution camera to grab photos of the site, and then pulled earlier images of the same spot.

Before it was razed, a partially restored, 27,000-square-foot stone and mortar building stood fortress-like on a hill above Mosul. Although the roof was largely missing, it had 26 distinctive rooms including a sanctuary and chapel. One month later photos show "that the stone walls have been literally pulverized," said imagery analyst Stephen Wood, CEO of Allsource Analysis, who pinpointed the destruction between August and September 2014.

"Bulldozers, heavy equipment, sledgehammers, possibly explosives turned those stone walls into this field of gray-white dust. They destroyed it completely," he said from his Colorado offices.

Over 100 religious statues, buildings, and shrines in the Middle East have been destroyed by ISIS and other Islamic groups in recent years. Earlier today, Leah wrote about how 2015 was the worst year for Christian persecution around the world. The destruction of millennia-old religious buildings is sad evidence of this unfortunate trend.