Photo Comparison Shows How the Presidency Has Aged Obama

Last night, President Obama delivered the final State of the Union address of his presidency. Today, a Reddit post showing how much the president has aged since his first State of the Union rose all the way to the top post of the front page of the site, and garnered more than 2,500 comments within two hours of posting.

Obama delivered his first State of the Union address in January of 2010.

It's pretty incredible how six years can age a person: 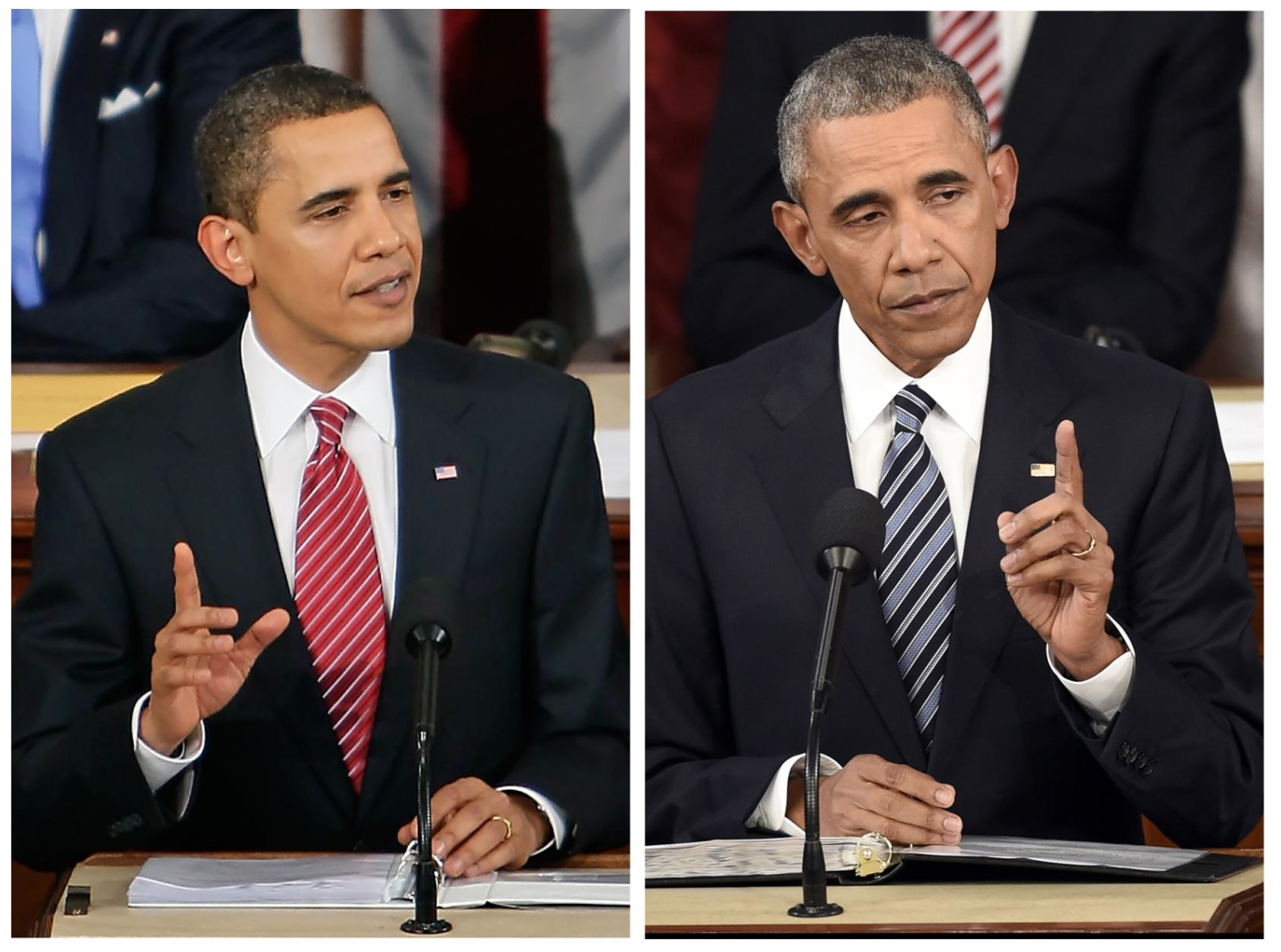 Users in the comments section were quick to point out that if the presidency can age a young person (Obama was 47 when he assumed office) this substantially, the 74-year-old Sen. Bernie Sanders (I-VT) might be in a bit of trouble if he is elected. President George W. Bush also aged quite a bit during his two terms.