Contraception is Now Available Over the Counter in Oregon, Coming Soon to California 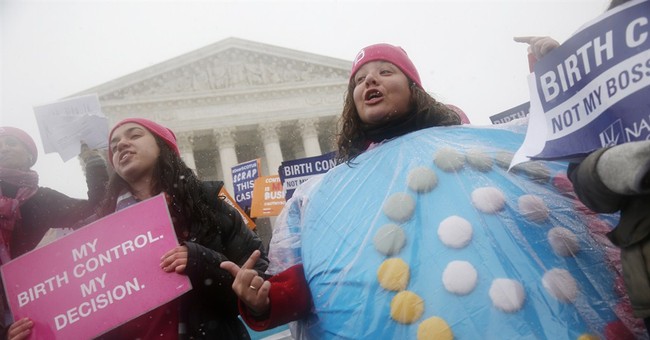 As of January 1, women in Oregon are now able to purchase oral contraception over-the-counter instead of getting a prescription through a doctor's office. Now, a woman who is over the age of 18 will be able to be prescribed birth control by a pharmacist, and will be able to receive a full year of the pill at one time. While Oregon is the first state to implement such a law, California will implement a similar law in March.

Women under the age of 18 must go through a doctor, although this will change in a few years.

Women who are at least 18 will be able to go to an Oregon pharmacy, fill out a special health questionnaire. If everything looks good, the pharmacist will give them a prescription.

Women under 18 will need a doctor’s prescription before they can get pharmacist-provided birth control, though that regulation will go away in a few years under the law.

Also on January 1, women in Oregon will be able to get a year-long supply of birth control pills at one time as insurance companies are required to cover a full year under a new law.

A pharmacist can refuse to prescribe birth control for religious reasons, but they must refer a patient somewhere else.

Colorado has proposed a similar law as well.

While making contraception widely available over-the-counter may seem like a good thing, some on the left aren't so happy about this. As insurance doesn't cover products purchased over the counter, women who receive birth control without a prescription would have to foot the cost. Still, as Reason pointed out, there are still lots of women in the U.S. who don't have insurance, and thus aren't effected at all by the contraception mandate and yet still may desire access to contraception.

For what it's worth, most countries do not require a prescription for birth control.

What are your thoughts? Is this a good idea? Does this undermine the Obamacare contraception mandate?