Sen. Joni Ernst (R-IA) to Give Response to State of the Union 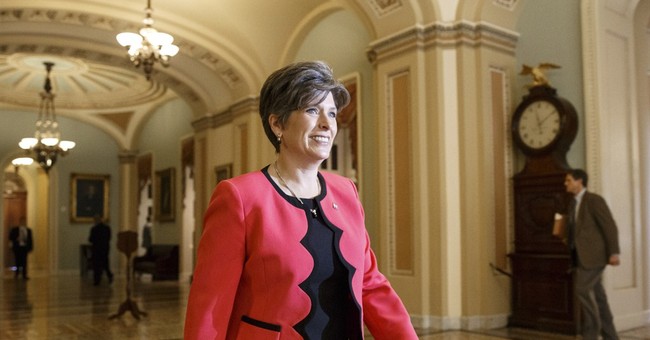 Freshman Senator Joni Ernst (R-IA) has been selected to give the Republican response to the president's State of the Union address on January 20. Ernst, the first woman elected to federal office in the history of Iowa, is also the first female combat veteran to serve in the Senate.

The announcement was made this afternoon at the GOP's legislative retreat in Hershey, PA.

Speaker of the House John Boehner said that Ernst's election to the Senate was a perfect example of an "only-in-America" story.

“Sen. Ernst’s life is a quintessential ‘only-in-America’ story. She built a campaign by listening to the people of Iowa and focusing on their priorities, especially jobs and our still-struggling economy. She knows that our federal government is too big, our spending is too high, and our tax code is broken. And, she knows first-hand the sacrifices our men and women in uniform make to keep us all safe in a dangerous world,”

Last year's response to the State of the Union was delivered by Rep. Cathy McMorris Rodgers (R-WA). In 2013, Sen. Marco Rubio (R-FL) delivered the GOP response, and the sip of water he took mid-speech was dubbed "water bottle-gate." Rubio posted congratulations to Ernst on his Instagram today, and warned her to stay hydrated before her speech.

Congrats to @joniernst chosen to give #GOP response to #SOTU. You will do great. Only advice is have plenty of water BEFORE not during!