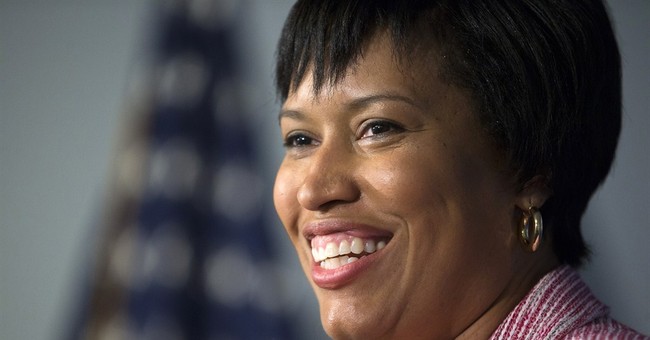 This morning on Meet the Press, D.C. Mayor Muriel Bowser said that the city will "explore every option" in regards to getting Initiative 71 enforced in the city. Initiative 71, which would have permitted the legal use of marijuana for recreational purposes, was passed with overwhelming support on Election Day, yet was blocked by Congress. Bowser had previously been against legalized marijuana, but has since changed her position to align with the will of the voters of the District of Columbia.

Bowser also said that she intends on "forging a path" for increased autonomy in the District of Columbia.

Mayor Bowser makes good points. Like I've previously said, it makes very little sense that D.C. residents are unable to vote for their own laws without fear of Congress stepping in and undoing everything. If residents of Alaska, Washington, Oregon, and Colorado can all vote to legalize the recreational use of marijuana, D.C. should be able to as well. It will be interesting to see which route the city chooses to take to ensure that their law is on the books.