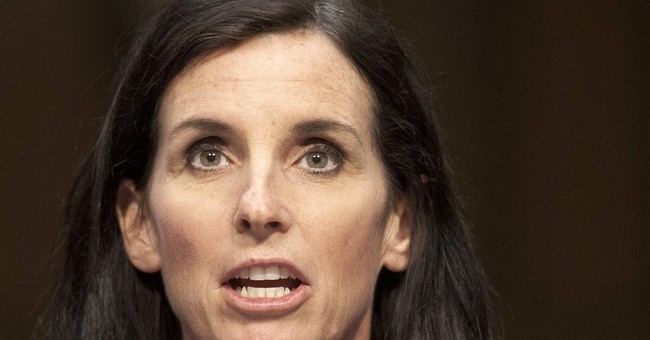 Martha McSally (R) has been officially declared the winner in Arizona's second congressional district by a razor-thin 167-vote margin over incumbent Rep. Ron Barber (D). This was the final race of the 2014 election that was yet to be decided, as Arizona law mandates a recount if an election is decided by fewer than 200 votes.

Member-elect McSally released the following statement thanking everyone who worked on her campaign and the people of southern Arizona:

"We're grateful to everyone who devoted their time and resources, especially during the extended vote and recount processes, to get us over the finish line," said McSally. "With the results of the recount now official, we can move forward as one community to bring Southern Arizonans the strong representation they deserve."

"There's no getting around that this was an incredibly close and hard-fought race. After what's been a long campaign season, it's time to come together and heal our community. That's why my focus will be on what unites us, not what divides us, such as providing better economic opportunity for our families and ensuring our country and community are kept safe."

"I sincerely thank Congressman Barber for his service over many years to Southern Arizona. I'll be seeking his input to continue strong constituent services and help ensure a smooth transition. We have a lot of work ahead of us, but I know that we're a community dedicated and united in our love for Southern Arizona - And, together, we can make a positive difference."

McSally is a retired colonel who served in the Air Force. She was the first female fighter pilot to fly a combat mission and was the first female in U.S. history to command a fighter squadron in combat. Her victory puts the Republican majority in the House of Representatives at 247 to 188, a gain of 13 seats.

Editor's note: this post has been updated with the correct number of seats the Democrats have in the House of Representatives. They have 188, not 118.