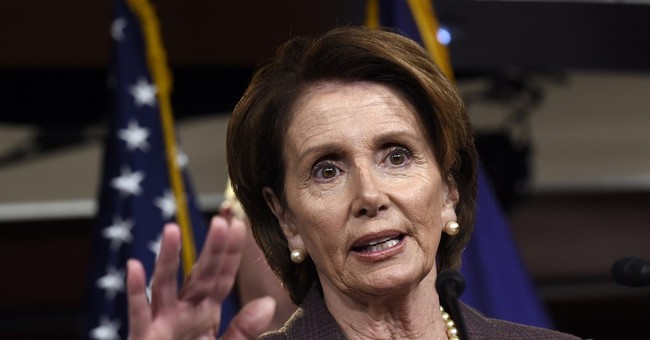 Rep. Nancy Pelosi (D-CA) came under fire for refusing to permit Rep. Tammy Duckworth (D-IL) to vote by proxy in the Democratic caucus. Duckworth, a double-amputee veteran of the Iraq War, is eight months pregnant and was unable to travel to Washington for the vote due to her pregnancy. Pelosi refused to allow Duckworth to vote by proxy, saying that the exception may spark a "slippery slope."

The Daily Show's host Jon Stewart feels otherwise. In a segment titled "Petty Woman," Stewart skewers Pelosi for her hypocrisy of previously touting the importance of voting (including early voting), filing briefs on behalf of pregnant women, and being awarded by women and family groups for refusing to permit Duckworth to vote. Stewart accuses Pelosi of engaging in petty inter-party politics, as Duckworth did not support Pelosi's preferred candidate to head the House Energy and Commerce Committee.

Stewart raises good points. It's absolutely absurd that Pelosi wouldn't grant a pregnant woman an exception. The "slippery slope" argument is essentially moot--there simply are not that many pregnant congresswomen to merit alarm. This was politics at its worst, and Duckworth was effectively stripped of her vote. That is not right. (Pelosi's candidate lost, by the way.)

Kudos to Stewart for telling it like it is.