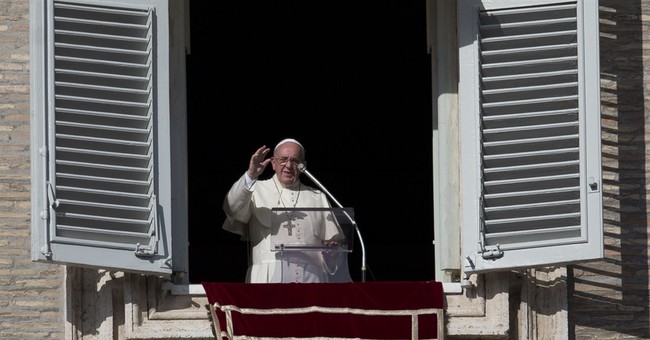 What was rumored in January and quasi-confirmed in July has been officially confirmed today by Pope Francis: He will be visiting the United States in September 2015.

“I wish to confirm according to the wishes of the Lord, that in September of 2015, I will go to Philadelphia for the World Meeting of Families,” Francis, 77, speaking in Italian, told the crowd at the Vatican. “Thank you for your prayers with which you accompany my service to the Church. Bless you from my heart.”

While the Bishop of Rome will definitely attend and address the World Meeting of Families, his final itinerary for his United States visit is still to be determined. He will likely celebrate a public Mass on the steps of the Philadelphia Museum of Art, which could draw crowds of over one million people. The pontiff is also reportedly mulling offers to visit the United Nations in NYC, as well as addressing Congress in Washington, D.C.

Presumably, the Vicar of Christ will reveal his schedule as the date draws closer. Pope Francis will be the fourth pope to visit the United States, following Pope Paul VI in 1965, seven visits from Pope St. John Paul II, and one visit from Pope Emeritus Benedict XVI in 2008.