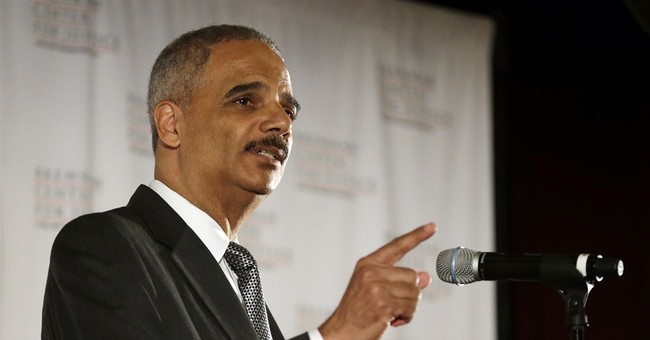 NPR's Carrie Johnson, who covers the Department of Justice for Morning Edition, broke news today that Attorney General Eric Holder is due to announce his resignation today.

This just in - Eric Holder about to announce his resignation.

While Holder has seen his fair share of controversy during his time as Attorney General, Hot Air's Noah Rothman made a fair point:

AGs don't usually serve out two full terms. I'm surprised Holder lasted as long as he did in this position.

The announcement is expected for later today.

About 15 minutes after the initial report broke on NPR, AP tweeted that the White House confirmed that Holder is indeed resigning.

While it's currently uncertain as to who Obama will appoint as Holder's replacement, MSNBC was quick to push current Massachusetts Governor Deval Patrick (D), and if flight plans are any indication, they may be on the right track.

And now MSNBC is talking about whether Deval Patrick could succeed Holder. That was quick.