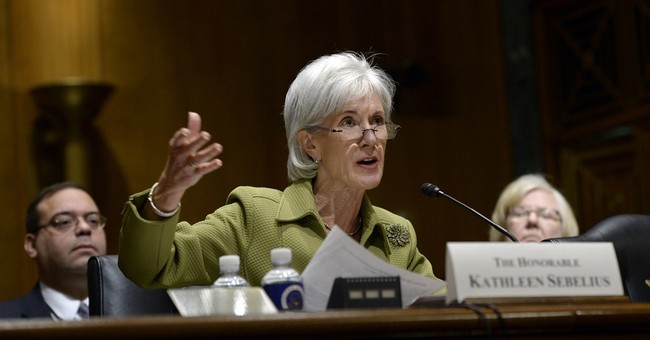 On Sunday, former HHS Secretary Kathleen Sebelius expressed remorse for the downright awful Obamacare launch, saying that the October 1 start date was "flat out wrong" and that the launch itself was "terribly flawed."

Clearly, the estimate that it was ready to go Oct. 1 was just flat out wrong," Sebelius said.

HealthCare.gov was envisioned as the principal place for people to buy insurance under Obama's health care law. But its first few weeks were an embarrassment for the administration and its allies.

"Well, I think there's no question — and I've said this many times — that the launch of the website was terribly flawed and terribly difficult," Sebelius said.

Despite these admissions, Sebelius later claimed she has "no regrets" about the whole launch, but wished she had a "magic wand" to time travel to September.

To recap: HealthCare.gov crashed almost immediately, one of the first highlighted "successes" turned out to be lying, the state exchanges have been plagued by everything from identity breaches to accusations of fraud, and millions of people have lost their existing coverage.

I'm not sure how Sebelius can, in light of all of those facts, claim she has "no regrets" about everything.