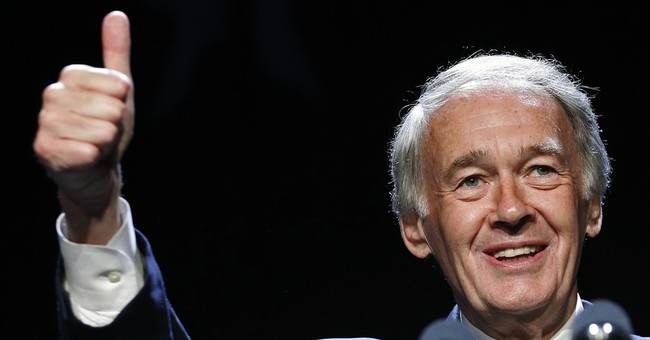 Seemingly inspired by James Bond, Massachusetts Democratic Senator Ed Markey has proposed "The Handgun Trigger Safety Act of 2014," which seeks to mandate so-called "smart gun" technology that would render a gun useless if someone apart from an authorized user attempts to fire it.

The Handgun Trigger Safety Act would mandate that, within two years of enactment, all newly manufactured handguns must be personalized, ensuring that they can only be operated by authorized users. Within three years of enactment, anyone selling a handgun must retrofit it with personalization technology before that sale can be completed; these retrofittings will be paid for out of a fund administered by the Department of Justice. The bill would also provide for grants through the National Institute of Justice to continue to develop and improve handgun personalization technology to simultaneously increase efficacy and decrease cost.

One problem: the personalization technology is nascent, and incredibly unreliable. What's worse is that the technology could lure people into a false sense of security and safety, meaning that a person would be more likely to leave a loaded gun around.

[...] Lawrence Keane, senior vice president and general counsel of the National Shooting Sports Foundation, [...] isn't completely against personalized weapons, but he says the technology isn't reliable enough yet and could even make guns more dangerous.

"It can actually encourage people to leave loaded firearms accessible, relying upon the technology which can fail at the most inopportune time," he said.

Further, while the National Rifle Association does not explicitly disapprove of smart gun technology, it is opposed to bills like Markey's that would mandate it.

The National Rifle Association's Institute for Legislative Action says it is not opposed to the development of so-called "smart guns," but rejects government mandates that require the use of grips with fingerprint-reading technology, according to a post on its website.

"[The] NRA recognizes that the "smart guns" issue clearly has the potential to mesh with the anti-gunner's agenda, opening the door to a ban on all guns that do not possess the government-required technology," the group said.

I think it's a pretty universally accepted truth that deaths and injuries from gun crimes and gun accidents are horrible, and any sensible action to reduce deaths from gun crimes and accidents should be pursued. However, criminals already don't follow current gun laws, and this legislation would just impede on the rights of legal gun owners. I would hate to imagine someone needing to use their gun to protect themselves, but be unable to do so because a fingerprint scanner failed. This bill has the potential to do way more harm than good.