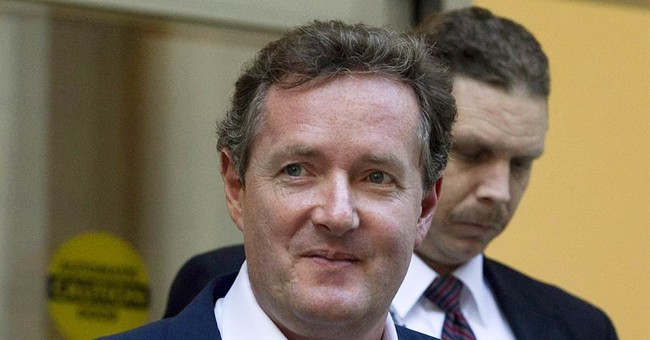 British CNN host Piers Morgan is well known for his vocal anti-gun views. In response to Morgan's views, Oklahoma State Senator Nathan Dahm filed Senate Bill 1473 - the "Piers Morgan Constitutional Right to Keep and Bear Arms Without Infringement Act." The act would permit all law-abiding citizens over the age of 18 to open carry a loaded or unloaded gun without a license in the state of Oklahoma.

Guns would still be banned from places designated as "gun free."

"The Second Amendment says the right of the people to keep and bear arms shall not be infringed, and yet when we require our citizens to jump through hoops, pay fees and undergo a process that presumes they're guilty of something until proven otherwise, their rights are being infringed upon," Dahm said in a press release. "Senate Bill 1473 simply says Oklahomans can carry firearms in all the places currently allowed by law, but they will no longer be required to obtain a license to do so."

Morgan was less than thrilled about the bill, tweeting his displeasure with the state senator and inviting him on his show to debate the issue.