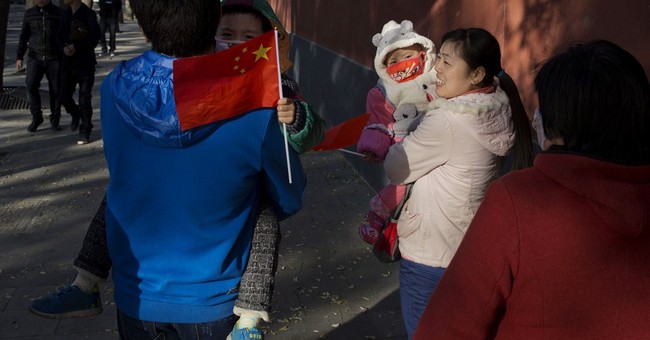 A day after China announced "changes" to its one-child policy, the Chinese government took steps to backtrack on the announcement. According to senior Chinese officials, the policy change is "no big deal."

To say that China has ‘relaxed’ or ‘eased’ its One Child Policy under these circumstances is completely unwarranted. To the contrary, Xinhua’s weekend report makes it clear that the minor modification of the policy announced Friday:

1) will not affect a large percentage of couples in China;

2) is not currently subject to a timetable in which to implement it;

3) retains the dreaded “birth intervals” between children (if a woman gets pregnant before the interval has lapsed, she may be subject to a crushing fine or forced abortion);

4) makes no promise to end the coercive enforcement of the Policy; and

5) promises to continue the One Child Policy “over a long period of time” – which could be decades.”

In China, people who have babies without birth permits are risking their lives and property. Women have been forced to undergo abortions—even at the end of their pregnancy—and have seen their homes destroyed for violating the one-child policy. Additionally, the one-child policy has led to a drastic decline in the number of female births, and girl babies are often abandoned or killed at birth. (Even Family Guy pointed out how ridiculous the situation is over there.)

China must abolish this policy if the country ever wants to move forward on human rights. No woman should ever be forced by her government to undergo an abortion, and this is just a disgusting policy. The government should have no say in the number of children a person can have. These deceptive press releases only make the situation worse.