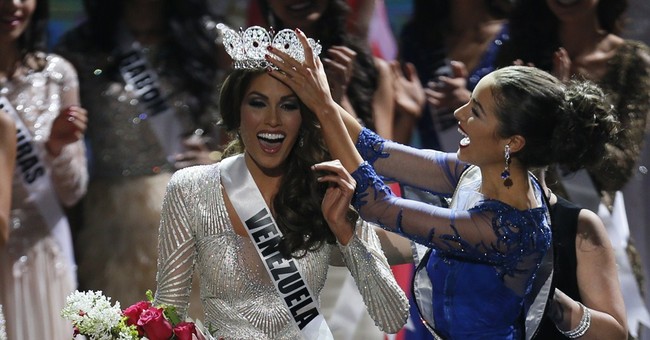 Beauty pageants may be controversial, but sometimes they have the unexpected effect of uniting bitter political foes. Take, for instance, Miss Venezuela Gabriela Isler, who was crowned Miss Universe on Saturday. Her win caused bitter political rivals to agree that, hey, Venezuela is really good at producing beautiful women despite other economic struggles.

As the Associated Press first reported:

Within minutes of Isler's crowning in Moscow, President Nicolas Maduro sent his congratulations over Twitter, celebrating her performance as a "triumph for Venezuela."

"There's no doubt we have the most beautiful women of the world," said Marco Sandoval, a 68-year-old retiree, as he and dozens of others marched in Caracas against the government in a protest hastily-organized over the Internet. "But nothing is perfect. We also have the most corrupt and shameless politicians in the world."