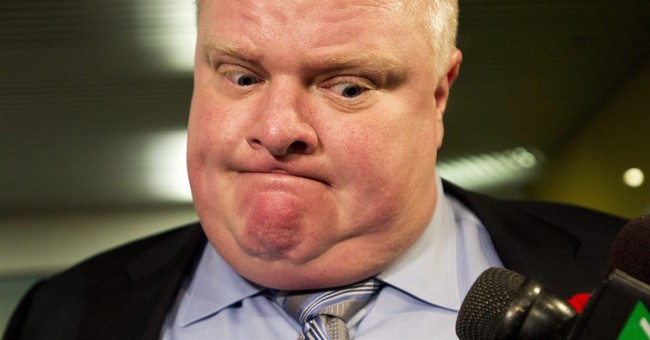 Toronto Mayor Rob Ford admitted recently to smoking crack while in a "drunken stupor." Here's a collection of some of the best pictures and gifs of the mayor—both sober and in a drunken stupor.

Bonus video! Here's a video of Ford on an intoxicated rant threatening to kill someone. (Language warning.)

Man, I just wish Chris Farley were around to have fun with this on Saturday Night Live.

Rob Ford is the gift that keeps on giving.