Eight Things That Did Not Happen When the Government Shut Down 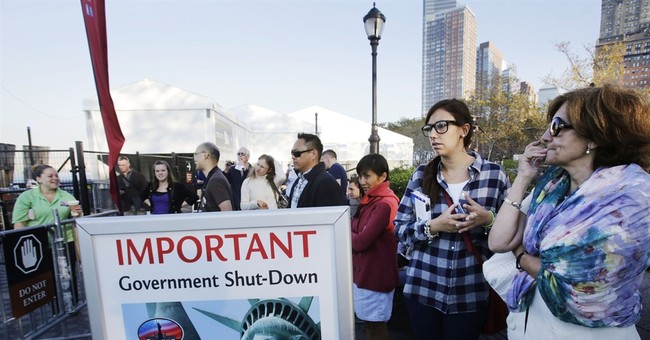 At midnight on October 1, the U.S. government entered its first shutdown since 1996. Despite ominous warnings of doom and gloom, life largely continued as normal for the majority of Americans. Here’s a list of few things that did NOT occur during the shutdown.

2. Guam did not capsize.


3. The roads did not disappear.

4. The White House was not destroyed Independence Day style.

5. The world did not stop turning.

6. Anarchy did not occur.


7. The Rapture did not happen.

8. The animals at the zoo did not escape.

Honestly, it just looks like some parks and museums are closed and the Panda Cam at the zoo is down. (Never fear, panda lovers—the one at the San Diego Zoo is functional.) Happy shutdown!