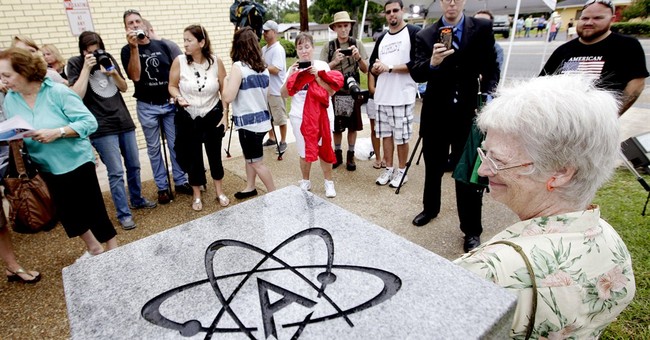 Traditionally, an “interfaith” meeting would mandate that some sort of “faith” be present by all parties, but that is no longer the case with the Obama administration. The Secular Student Alliance, a national nonprofit dedicated to organizing nonreligious students, has been invited to help plan a national gathering for the President’s Interfaith and Community Service Challenge.

"We're honored to be included in the President's call for interfaith and community service," said Jesse Galef, spokesperson for the Secular Student Alliance. "There are thousands of nonreligious students eager to work alongside their religious friends to make the world a better place."

While it is curious that an organization that explicitly denies the existence of faith would be invited to an “interfaith” meeting, it is hardly the Obama administration’s first outreach to those lacking any belief in a higher power. Atheists were present at a 2010 “interfaith discussion” at the White House, which prompted criticism from religious leaders.

One out of three people under the age of 30 does not belong to a religion. President Obama won 70 percent of votes by people who are “unaffiliated” with a religion.