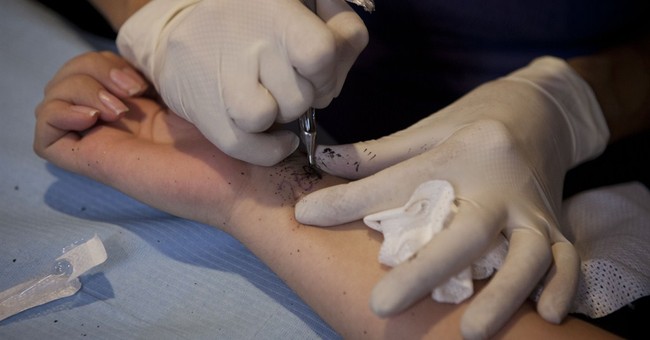 Washington, DC may become the first major city in the United States to institute a 24-hour waiting period before getting tattoos and piercings.

Najma Roberts, a spokeswoman for the Health Department, said that the waiting period for a tattoo or piercing was necessary so people do not get inked or pierced with something they may regret:

“We’re making sure when that decision is made that you’re in the right frame of mind, and you don’t wake up in the morning...saying, ‘Oh my God, what happened?’?”

Most tattoo parlors have policies stating that they will refuse to tattoo someone who is visibly intoxicated.

The proposed waiting period was criticized by tattoo artists across the city as being bad for their businesses. According to tattoo artist Gilda Acosta, roughly half of her clients are “walk-ins” who she would not be allowed to tattoo under this new regulation.

While this regulation is designed to ensure people are in the “right frame of mind” during their body art sessions, it is interesting to note that the District of Columbia does not currently have any sort of waiting period for abortions. Currently, 26 states have some sort of waiting period prior to an abortive procedure. The District of Columbia has one of the highest abortion rates in the country, with 41 percent of pregnancies ending in abortion.