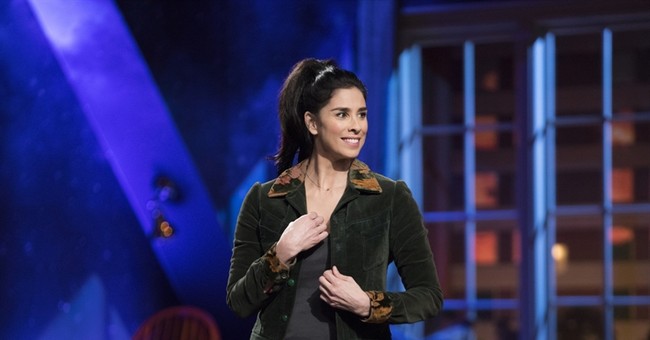 New tweets have been unearthed that show famous stand-up comedian and actress Sarah Silverman joking about molesting children in a similar fashion to former “Guardians of the Galaxy” director James Gunn. Silverman is the voice actress for a character from the Disney franchise “Wreck-It Ralph” - including the upcoming movie “Ralph Breaks the Internet” - and has supported a petition for Disney to re-hire Gunn.

Hey, is it considered molestation if the child makes the first move? I'm gonna need a quick answer on this.

In one of the tweets that led to Gunn being fired by Disney, he said that he liked “when little boys touch me in my silly place,” similarly suggesting that children have initiated sexual contact with him.

When Silverman was confronted last year by a Twitter user about her tweet, she defended it as a “dumb” joke:

that's ok doll. Comedy is subjective. I thought it was a funny/dumb tweet 8 years ago when I posted it

However, the above-mentioned tweet from Silverman is not the only instance of her joking about child molestation and pedophilia on Twitter. For example:

Best vocal warm up of all time:

"Pedophilia's an option if you've got the gumption"
- @danharmon #Harmontown

AOL puts Sandusky news on their sports page. Molestation is physical but it's not technically a sport is it?

This week, Silverman retweeted a now-deleted post from actress Selma Blair calling for Disney to re-hire Gunn because he is “one of the good ones”:

Marvel: RE-HIRE JAMES GUNN – Sign the Petition! https://t.co/JeVbFZkQLL via @Change. Because if people are punished despite changing, then what does that teach people about owning mistakes and evolving? This man is one of the good ones.

The petition linked to by Blair, which at the time of writing currently has over 275,000 signatures, argues in part that Gunn should not have been fired for his comments because they were old jokes that pre-dated his work for Disney [edited for language]:

I'm smart enough to know this most likely won't change anything but hopefully, this could get Disney to realize the mistake they made and not do it again in the future.

I agree on the point that if people say a bunch of stupid s**t while working for a studio, the studio has full right to fire him over the possible controversy. This situation is very different though as he made these jokes years before he was working for Disney and also the fact that they were jokes. I agree with most, including Gunn himself that the jokes were s**tty and un-funny but they were still jokes, it wasn't an opinion or a statement, it was just a bad attempt at being funny.

The other thing is if you do this to Gunn you have to do it for all the other directors who have said some crappy joke sometime in their life, which is all of them, cause I doubt there's one human on this planet who hasn't made a sh*tty joke once or twice in there [sic] life.

If Marvel would come to their senses and re-hire Gunn that would be great but if all we can do is have proof by your signatures that Disney made a mistake i [sic] would still count that as a win.