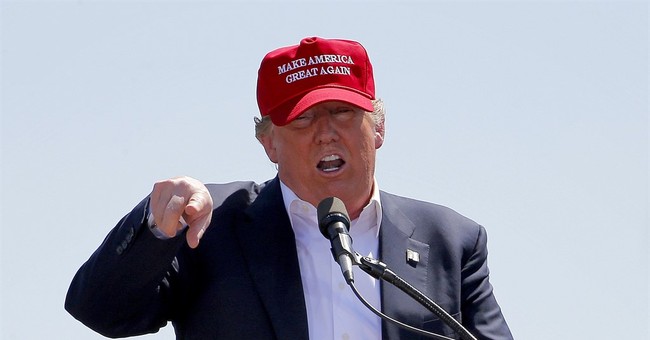 On Tuesday, the New York Times released a new video for their “Retro Report” series comparing President Trump to former Alabama Governor George Wallace, who made headlines in the 1960s for his pro-segregation politics.

In the introduction to their report, which is titled “How Trump’s Populist Appeal Echoes George Wallace,” an unnamed narrator and former New York Times reporter B. Drummond Ayres compare Trump’s successful presidential campaign to George Wallace’s political career in a mashup of different clips:

NYT: President Donald Trump’s rise was fueled by voters fed up with the status quo.

AYRES: It’s us and them, and he tapped into it.

TRUMP: We can’t continue to allow China to rape our country.

TRUMP SUPPORTER: He knows what needs to be done. Make America great again.

NYT: And his rhetoric continues to polarize the country.

TUCKER CARLSON, FOX NEWS: So, I don’t understand what the sin is. What’s good for us? Are we allowed to ask that question, or is that racist?

NYT: But the politics of division aren’t new. Five decades ago, populist appeals fueled the rise of another controversial politician, George Wallace, whose story ended in a way no one expected.

AYRES: Well, Wallace was a good politician. He knew how to play the game, and, maybe more to the point, he would use anything to play that game.

The main body of the video goes on to talk about Wallace’s political history without mentioning Trump specifically, but in an accompanying article for the report, Times journalist Clyde Haberman made the case of the video more explicit:

Separated by as much as half a century, the two men’s public lives run strikingly parallel. It’s as if they drank from the same political cup: George C. Wallace, the Alabama governor who ached to become president, and Donald J. Trump, the developer and showman who made it to the top. They are bound by their streaks of opportunism and by their campaigns tailored to resentful voters brimming with the conviction that society’s deck is stacked against them.

“What both share is the demagogue’s instinctive ability to tap into the fear and anger that regularly erupts in American politics,” Dan T. Carter, a historian and Wallace biographer, wrote in The New York Times during the 2016 presidential campaign.

Haberman continued his piece by laying out a long list of purported similarities between Trump and Wallace, most of which rely on comparisons of the style of their rhetoric and their personal attitudes, not their politics:

The two men fired up crowds in similar fashion. Both appealed to “forgotten” Americans, stoking fear and loathing of “the other” — blacks in Mr. Wallace’s case, immigrants in Mr. Trump’s.

Mr. Wallace demonized the federal government as an oppressor trampling on states’ rights. Mr. Trump and his ardent supporters denounce Washington as “the swamp” and its bureaucracy as a malevolent “deep state.”

Mr. Wallace sneered at the press, often singling out The Times for special scorn. Mr. Trump can hardly pass up a Twitter opportunity to rail about “fake news,” especially in the “failing” Times.

In speeches, both took delight in belittling people. Mr. Wallace made rhetorical pin cushions of “pointy-head college professors who can’t even park a bicycle straight.” At one of his rallies, he called out to a longhaired male protester, “Oh, I thought you were a she.” Mr. Trump has yet to meet a demeaning adjective he doesn’t like, with his “Crooked Hillary,” “Lyin’ Ted,” “Liddle Bob Corker” and other insults.

Many politicians throughout American history have been openly skeptical of the federal government, catered their messaging to blue collar audiences, criticized the press for unfair coverage, and traded insults with one another on the campaign trail (just look at the 1800 presidential election for a choice example of such). That doesn’t exactly translate into Wallace and Trump being political blood brothers.

But Haberman wasn’t quite done with his piece. After going over Wallace’s redemptive political arc detailing his shift away from supporting racial segregation after the assassination attempt against him, Haberman concluded his article by favorably evaluating Wallace in relation to Trump:

But at least Mr. Wallace, once a great divider, had the capacity to say “I’m sorry.” For all their oratorical similarities, that is where he and Mr. Trump notably diverge. “I’m sorry.” Those are two words conspicuously missing from the Trump lexicon.

If Trump ever supports race-based discrimination policies like the current or past Democratic parties, perhaps then he will have something to be truly sorry for.

In the meantime, the first real apology owed by anyone should come from the Times for publishing such garbage for its audience.

The Times's latest "Retro Report" on George Wallace and Donald Trump can be found here.