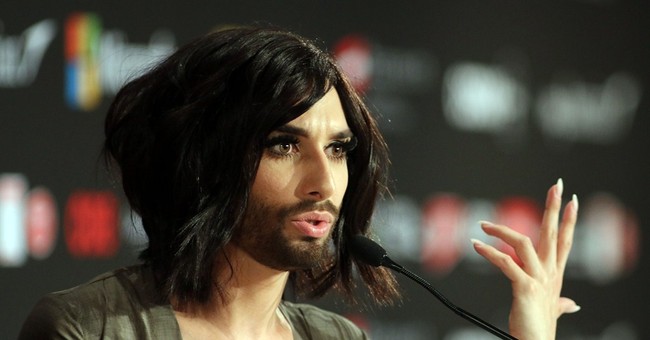 A Catholic theology professor at the College of the Holy Cross in Worcester, Massachusetts is stirring up controversy on campus after a student journalist exposed some of his past writings arguing that Jesus was a “crossdressing,” gender-fluid “drag king” who supported gay pedophilia.

Senior student Elinor Reilly first wrote about Dr. Tat-siong Benny Liew, who serves as the college’s Chair of New Testament Studies, in the college’s independent student journal The Fenwick Review. As she explains, Liew has some slightly “unconventional” views about the Gospels.

First, and perhaps most concerning, is a 2004 article titled “Mistaken Identities but Model Faith: Rereading the Centurion, the Chap, and the Christ in Matthew 8:5-13.” In the piece, Liew and co-author Theodore Jennings claim that the titular Bible passage, which is about a Roman centurion asking Jesus to help heal his servant, actually shows Jesus supporting a pederastic sexual relationship between the soldier and his servant boy. As Reilly explains:

Matthew’s account, runs the argument, does not concern a centurion and his servant, but a centurion and his lover/slave. “The centurion’s rhetoric about not being ‘worthy’ of a house visit by Jesus (8:8) may be the centurion’s way of avoiding an anticipated ‘usurpation’ of his current boylove on the part of his new patron [Jesus],” they assert. Furthermore, “The way Matthew’s Jesus seems to affirm the centurion’s pederastic relationship with his pais [Author’s Note: Greek for “child” or “boy”], we contend, may also be consistent with Matthew’s affirmation of many sexual dissidents in her Gospel.”

In 2009, Professor Liew also wrote a contributing chapter titled “Queering Closets and Perverting Desires: Cross-Examining John’s Engendering and Transgendering Word across Different Worlds” to an academic volume that he edited, a copy of which is proudly displayed in a case in the Religious Studies department of the college.

In this strange chapter, Liew argues that Jesus can be interpreted not just as a king of Jews, but a gender-fluid “drag king” who is neither man nor woman:

“In addition, we find Jesus disrobing and rerobing in the episode that marks Jesus’ focus on the disciples with the coming of his ‘hour’ (13:3– 5, 12). This disrobing, as Conway points out, does not disclose anything about Jesus’ anatomy. Instead, it describes Jesus washing his disciples’ feet. As more than one commentator has pointed out, foot-washing was generally only done by Jewish women or non-Jewish slaves. 12 John is clear that Jesus is an Ioudaios (4:9, 22; 18:33– 35; 19:40); what John is less clear about is whether Jesus is a biological male. Like a literary striptease, this episode is suggestive, even seductive; it shows and withholds at the same time.”

Assuming that your head has not spontaneously combusted yet, just wait and see how Liew makes the cases that Jesus is gender-fluid:

In response to the controversy, a college spokesman defended Liew and his beliefs in a statement to Fox News:

“The decade-old work referenced in the Fenwick Review article was not intended for an undergraduate classroom, nor has it ever been assigned at Holy Cross.

"It was an intentionally provocative work, not a statement of belief, meant to foster discussion among a small group of Biblical scholars exploring marginalization. No one has made a complaint about the content of Professor Liew’s classes in his four years at Holy Cross.”

College President Philip L. Boroughs, who is an ordained Jesuit priest, also told Fox News that while he disagreed with Liew’s interpretation of the Gospel, he supported Liew’s right to academic freedom and praised him as a “dedicated teacher and an engaged scholar” as well as a “man of faith":

“I know Professor Liew to be a dedicated teacher and an engaged scholar. He is a man of faith, and he and his family are active members of a church community. Academic freedom is one of the hallmarks of a liberal arts education. Scholars in all disciplines are free to inquire, critique, comment, and push boundaries on widely accepted thought. However, I strongly disagree with the interpretation of John's Gospel, as described in the Fenwick Review, and I find it especially offensive in this most sacred of all weeks in the liturgical calendar.”