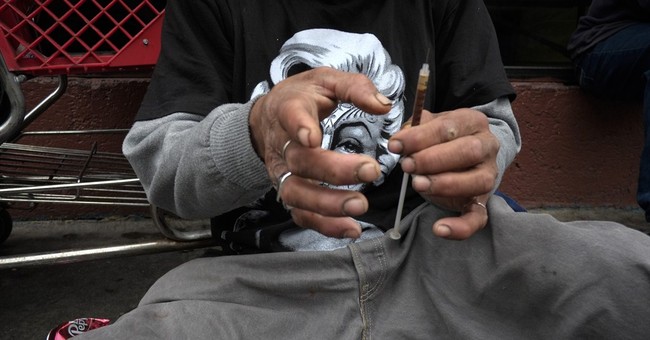 Pres. Obama recently released a  memorandum on drug transit and production worldwide. To put it simply, the numbers do not look good. Here are the four main takeaways from the report—with some added context that Obama hopes you’ll forget.

Approximately 10,500 Americans died from heroin overdoses in 2014, according to the Centers for Disease Control.  According to Obama, this is a low estimate: “The true number likely is higher given inconsistent testing across the States.”

But even the low estimate represents a three-fold increase from the number of overdoses in 2009, the year Obama took office. That number was 3,278. Still far too many, but not the epidemic we have today.

It turns out that “nearly all” opium derivatives found in the U.S. originated in Mexico. They were either grown in Mexican poppy fields or trafficked by Mexican-based drug cartels. To put this in perspective, Mexico produced just 39 percent of America’s supply eight years ago. In the last three years alone, Mexico has gone from growing 11,000 hectares of poppies in 2013 to 28,000 in 2015.

Reminder: we’ve spent $2.3 billion since 2008 trying to combat the flow of drugs and crime from Mexico. It isn’t working.

3.     Afghanistan is essentially a narco-state.

Afghanistan’s poppy production is at “historically high” levels, supplying an incredible 90 percent of the world’s heroin. This, too, represents a significant increase from the start of Obama’s tenure. When Obama took office, the country was growing 127,000 hectares of poppies; in 2015, it cultivated 202,000.

Whatever the case, however, an increase in cocaine supply does not bode well for the U.S.  Columbia is the main supplier of U.S. cocaine, with most of it smuggled out on ships. While the demand for cocaine has mostly fallen in past years, in 2014, the U.S. saw a rise in cocaine overdoses.