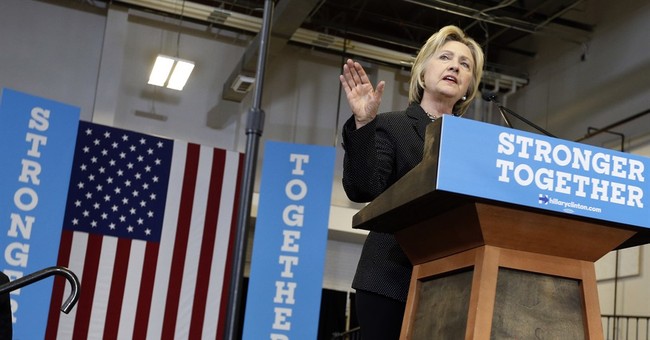 As Hillary Clinton went to meet with House Democratic Caucus members Wednesday morning, MSNBC’s Kasie Hunt asked her several questions at the rope line. Clinton smiled but walked past without answering any of them.

“We tried, we tried,” Hunt said, laughing. “It’s not an uncommon situation.”

Clinton ignoring Hunt’s questions is part of a larger trend in her campaign, in which she has held the press mostly at arm’s length. On Tuesday, Chris Cillizza of The Washington Post reported that it had been 200 days--over six months--since Clinton had last held a press conference.

An anonymous Clinton ally told The Hill that press conferences hold no benefit to Clinton. “They would only hurt her,” the ally said. To this argument, Cillizza responded, “It makes sense as a campaign strategy. But that doesn’t make it right.”

Clinton herself has been vague on the issue, however, telling CBS News, “I’m looking broadly and widely, and I’m going to begin to really dive into thinking hard about this.”

Rep. Cori Bush Has An Issue with Negotiations of Bipartisan Infrastucture Group Because They're 'So White'
Rebecca Downs
This EPIC Tucker Dig At A Mask & Face Shield-Wearing Lloyd Austin Is One For The Ages
Scott Morefield
Biden's Latest Offer to the Unvaccinated Shows the Extent of the Messaging Failure on the COVID Vaccine
Matt Vespa
Biden's Vaccine Mandate for Federal Workers Met with Mixed Reactions: 'An Infringement on Civil Rights'
Rebecca Downs
Biden Kicks Off Vaccine Mandate Announcement by Contradicting CDC Guidance
Spencer Brown
Chip Roy Schools Texas Democrats: 'You're Aware You're Violating Texas Law by Being Here Instead of in Texas?'
Rebecca Downs
CARTOONS | AF Branco
View Cartoon
Most Popular