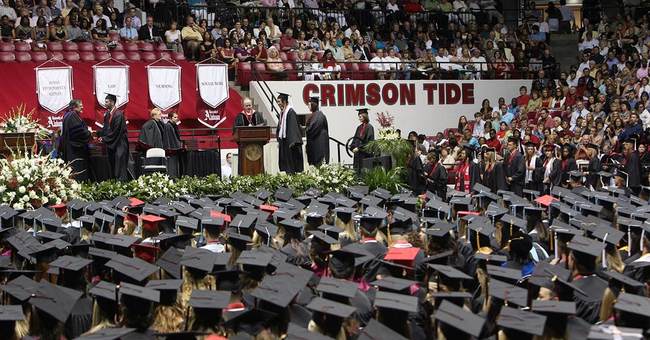 A new report by the National Association of Colleges and Employers shows that approximately half of college students found full-time work within six months of graduating. Of the other half, a significant number of graduates are finding work through non-traditional avenues. About 10 percent are “part-time employees, entrepreneurs, freelancers or postgrad fellows,” journalist Ellen Wexler reports, with part-time employees representing 6 percent.

Graduate school is also a popular option for the class of 2015. Eighteen percent of students are attending some form of graduate or professional school, up from 16.4 percent of 2014 graduates.

Of those who found full-time work, the highest proportion came from New England. Graduates in New England had a full-time employment rate of 68.5 percent, while those from the Southwest and Far West regions had rates of just 50.2 percent and 46.8 percent respectively.

These numbers, though stark, reveal a slight improvement from the class of 2014. Fewer graduates are employed part-time, and more are employed in full-time positions. In addition, the rate of those still seeking employment has fallen from 13.9 percent to 11 percent--still higher than the overall unemployment rate of 4.7 percent.