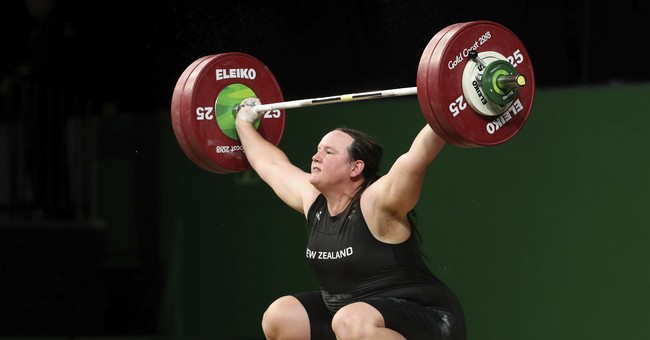 A weightlifter from New Zealand is set to become the first transgender athlete in the 125-year history of the Olympic Games during this summer's Tokyo games.

The athlete, 43-year-old Laurel Hubbard, qualified for the upcoming Tokyo Olympics on Monday when the International Olympic Committee (IOC) confirmed that the weightlifter’s testosterone levels had been lower than the required 10 nanomoles per liter for the last year — in accordance with a 2015 International Weightlifting Federation (IWF) rule that was adopted by the IOC. However, some scientists have criticized this rule, arguing that it does little to address men's natural advantages of height and bone density.

“As well as being among the world’s best for her event, Laurel has met the IWF eligibility criteria including those based on IOC guidelines for transgender athletes,” New Zealand Olympic Committee chief executive Kereyn Smith said in a statement. “We acknowledge that gender identity in sport is a highly sensitive and complex issue requiring a balance between human rights and fairness on the field of play.”

Laurel Hubbard was born Gavin Hubbard, the son of future Auckland Mayor Dick Hubbard. As a 20-year-old amateur, Gavin set three men’s New Zealand junior records in the 1998 Interschools Weightlifting Championship 2014 — in the snatch 135 kg, clean and jerk 170 kg, and total 300 kg divisions. These records have since been broken by another Tokyo Olympian, David Liti.

While competing in men’s events, Gavin never broke into international weightlifting. But in 2012 at the age of 34, Gavin transitioned, becoming Laurel Hubbard. Competing against biological women, Laurel became a force, placing second overall at the 2017 World Weightlifting Championships in Anaheim, California.

More controversially, Laurel won gold at the 2019 Pacific Games held in Apia, Samoa, sparking outrage from both the Samoan prime minister and women’s lobbying groups across New Zealand. One such group, Speak Up For Women NZ, has argued that athletic events ought to be categorized by biological sex, not gender identity.

Hubbard’s participation in women’s events has garnered criticism from other members of Team New Zealand, including Tracy Lambrechs who won bronze at the 2014 Commonwealth Games in Scotland. Lambrechs claimed last month that the team’s biological women had been told to “be quiet” about their fairness concerns. And on Monday, Lambrechs voiced her opposition to Hubbard’s selection for the Olympics.

“I understand the NZOC and Olympic Weightlifting NZ are only following guidelines and rules — as is Laurel — but I think now we have to say, ‘this is happening, how can we make this process better and safer in the future for any other transgender athletes coming through, and how can we make sure women’s sport isn’t greatly affected by this outcome?’” Lambrechs said.

The Tokyo Olympics begin on July 23 while Hubbard’s main event — the women’s 87-kilogram division — will begin on Aug. 2, according to the Olympic weightlifting schedule.