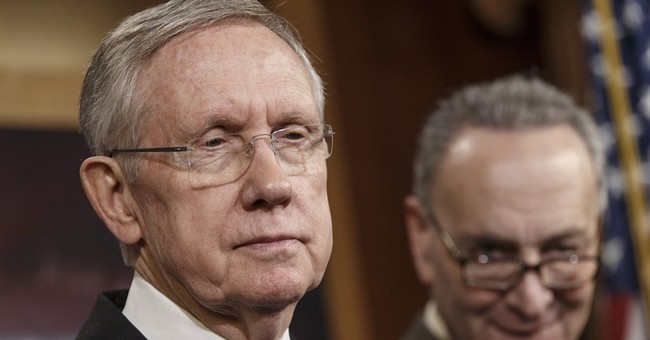 Wow. This has got to be embarrassing. As Daniel Doherty reported earlier, Harry Reid came forward with this tweet:

Perhaps he -- or someone on his staff -- should have done some homework first. As it turns out, Harry Reid himself has received his own bit of Koch cash, from a lobbyist.

But he's not the only one. His Democrat second-in-command, Charles Schumer, actually sent quite athe touching thank-you note to KOCHPAC after getting his own contribution:

Makes him look a little churlish for endorsing the anti-Koch strategy now, doesn't it?

Actually, both Reid and Schumer look much worse than churlish. Not only are they hypocrites, they're cynical hypocrites. And if anyone is "un-American," it isn't those who are simply participating legally in the political process. Rather, it's the public officials who would seek to punish generous, successful, law-abiding Americans for exercising their First Amendment rights just because they disagree with those citizens' views -- after having accepted their money.