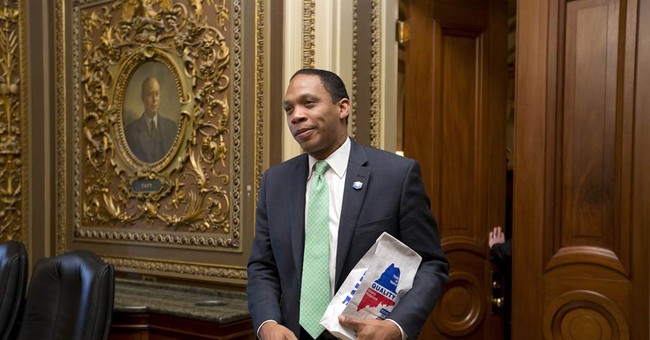 It is a revealing insight into the way the Obama White House conducts its business.

Apparently, Obama's deputy Chief of Staff Rob Nabors told top Senate Democrats Harry Reid, Dick Durbin and Patty Murray that during a White House meeting, a senior House Republican leader had said to the President, "I cannot even stand to look at you."

Senator Durbin then repeated the story on his Facebook page, where it came to the attention of House leaders, who denied it. As it turns out, it was a lie. Jay Carney himself has confirmed that the incident never took place.

It is easy to see the purpose that the manufactured smear was intended to serve. Clearly, the White House was trying to demonstrate to Senate Democrats -- and through them, to others on Capitol Hill, the media and the country -- that the Republicans' position during the shut down was motivated not by principle, but by personal animus toward the President.

But inventing lies out of whole cloth about the opposition is a profoundly dishonorable way for any White House to conduct the nation's business. And it leads one to wonder how many other anti-GOP smears -- or "proof" of GOP intransigence -- have come into existence this way, when it didn't so happen that a Senate Democrat publicized them so widely that they could be refuted.

Maybe Nabors thought he was simply telling a "noble lie" to help his side win the shutdown. But whether he thought what he was doing was acceptable -- or whether he knew it was wrong -- really doesn't matter. We now know for a fact that this White House creates lies in order to slime their opponents for political advantage.

And if this isn't the way President Obama wants to do business, he would fire Nabors. But don't hold your breath on that one, America. The candidate of bipartisanship and "Purple America" is long, long gone.