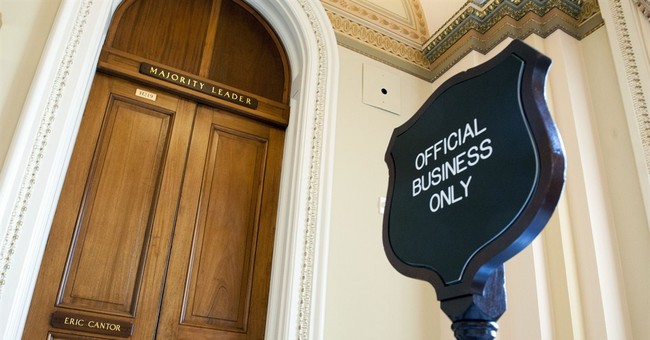 As has been widely reported, last night the House sent a second CR over to the Senate, where Harry Reid has scheduled a vote for tomorrow afternoon. For anyone wondering which side is actually hoping for a government shut down, the fact that Reid has postponed action for so long is revealing.

In any case, last night the House performed admirably by protecting rights of religious conscience in the Blackburn amendment . Bear in mind -- as the inevitable feminist "outrage" ensues -- that this would do nothing to impede anyone's "access" to birth control; it just means that under certain plans, women would have to bear the $9 monthly cost (at Walmart and Target) themselves. The amendment simply enshrines the time-honored, American tradition of respecting the constitutional rights of those who have moral or religious objections to abortion or contraception.

The second item that any final CR should contain is the Vitter amendment -- which would eliminate ObamaCare subsidies for congressional members and aides. How can Democrats vote to shut down the government just to protect their special prerogatives -- perks regular Americans, who pay their salaries, cannot access?

It's likely that a government shutdown would harm Republicans politically more than it would Democrats, not least because of the way the media frames the issue. So if a shutdown must happen, let it be because Democrats refused to surrender their special privileges and decided to override the religious scruples of their fellow countrymen.