Obama's Sports: A Metaphor For His Presidency 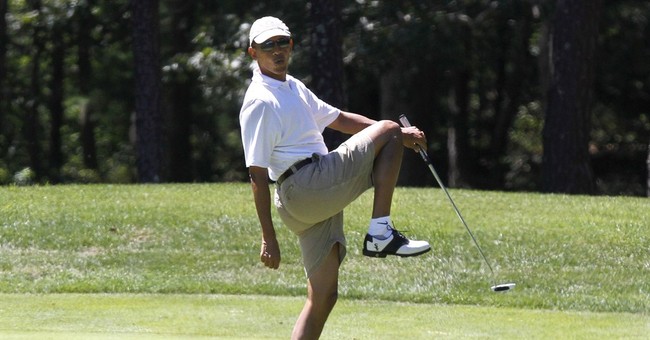 President Obama seems genuinely passionate about sports -- and likewise uses that interest as a way to portray himself as a "regular guy."  But there's a pattern here: Lots of big talk, but then plenty of disappointment when it's time for him to match his words with action. For example, remember this?

He went 2 for 22 -- which will perhaps make it a little harder for him to trash talk Kobe Bryant?

Then there's the golf game he enjoyed earlier this week on Martha's Vineyard. 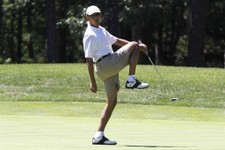 And here's what happened, according to the reporter who was there:

His first putt was a miss, which Obama reacted to by leaning back and kicking his knee up, as if trying to coax the ball into breaking right. He let out a little, "Ooooh," as it happened. Next one missed, too. Last one he just dragged in the hole.