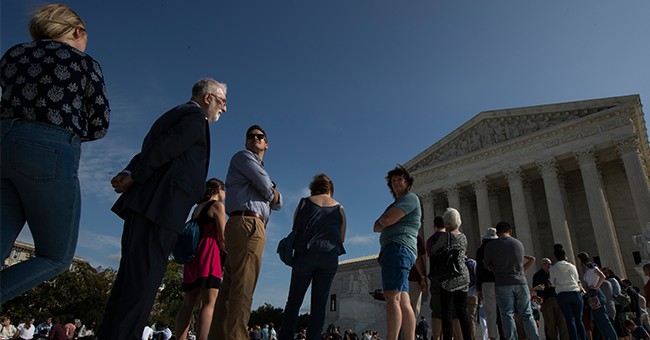 Activist judges pushing a far-left agenda have been legislating from the bench, and a handful of Supreme Court Justices committed to upholding the Constitution is the only thing stopping the left's total transformation of the country. For that reason, Democrats have been lying in wait for the opportunity to take out the Supreme Court.

Democrats are no longer hiding their disdain for the high court. Democrats openly admit to hostile court-packing plans that would stuff the Supreme Court full of activist judges who would then sign off on everything Democrats couldn't sneak past the voters.

Vice President Kamala Harris has said, "everything is on the table" when it comes to bypassing the Supreme Court.

Most concerning, President Biden has created a commission to study possible reforms to the federal judiciary because, as Biden puts it, the court system is "getting out of whack."

But Sen. Ted Cruz isn't waiting for Democrats to strike. The Texas senator has introduced two proposals aimed at keeping the number of Supreme Court justices fixed at nine, the number it has been for more than 150 years.

"For the sake of our liberties and the future of our country, we must preserve the independence of our judiciary," said Sen. Cruz in a statement. "As my Democrat colleagues brazenly discuss expanding the number of justices on the Supreme Court, this legislation and constitutional amendment ensures we prevent either party from wielding the Supreme Court as a political tool for their own advantage. I urge my colleagues to defend the fundamental liberties of their constituents—their religious liberty, freedom of speech, and Second Amendment rights—and swiftly take up and pass these proposals to prevent Court packing."