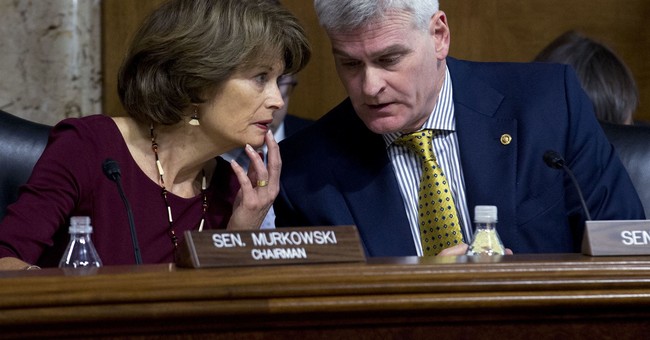 Louisiana Republicans aren't happy with their state's senior senator. On Saturday, the Senate voted to acquit private citizen Donald Trump on the impeachment charge of inciting the Jan. 6 Capitol riot. But seven Republican senators broke ranks and voted to convict. Within hours, the Louisiana Republican Party officially censured the state's senior senator, Bill Cassidy (R-LA), for his vote to convict the former president.

"The Executive Committee of the Republican Party of Lousiana has unanimously voted to censure Sen. Bill Cassidy for his vote cast earlier today to convict former President Donald J. Trump on the impeachment charge," the state party announced in a press release.

And just a couple of hours before the official censure, the state GOP condemned Cassidy's pro-impeachment vote "in the strongest possible terms."

We condemn, in the strongest possible terms, the vote today by Sen. Cassidy to convict former President Trump. Fortunately, clearer heads prevailed and President Trump has been acquitted of the impeachment charge filed against him.

The censure should come as no surprise to Cassidy. Last week, after Cassidy joined Senate Democrats in a vote regarding the constitutionality of Trump's second impeachment, the Republican Party of Louisiana issued a statement slamming the senator for his vote.

"The Republican Party of Louisiana is profoundly disappointed by Senator Bill Cassidy's vote on the constitutionality of the impeachment trial now underway against former President, now private citizen, Donald J. Trump," the statement read. "We feel that an impeachment trial of a private citizen is not only an unconstitutional act, but also an attack on the very foundation of American democracy, which will have far reaching and unforeseen consequences for our republic."

Republican lawmakers who aligned themselves with Democrats in the latest impeachment effort against Trump are coming under fire back at home. The Wyoming Republican Party censured at-large Rep. Liz Cheney and called for the representative to resign following her pro-impeachment vote. Other GOP House members who followed Cheney's lead now find themselves contending with similar censures or facing new opponents in their primaries.