Cruz Fires Back at Democrats Calling for His Resignation 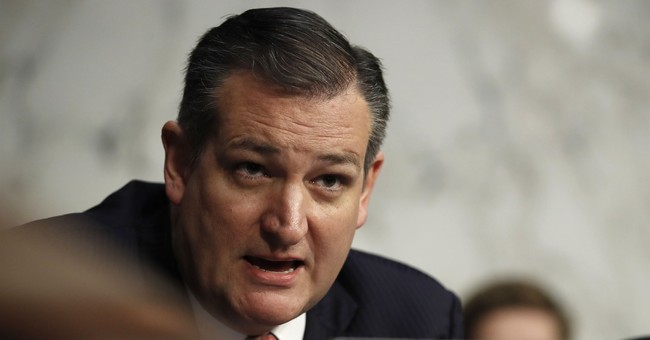 Democrats have finally found a riot they do not support. The days of "fiery but mostly peaceful protest" coverage are behind us after a mob of Trump supporters stormed the U.S. Capitol on Wednesday. Democrat hypocrites are now conspiring with their left-wing media allies and Big Tech monopolies to cancel the opposition, and Texas GOP Sen. Ted Cruz is on their kill list.

Rep. Alexandria Ocasio-Cortez (D-NY), who was fine with her base rioting for months last year, is now calling on Sens. Cruz (R-TX) and Josh Hawley (R-MO) to resign after blaming the two senators for the violence at the Capitol on Wednesday.

"Sen. Cruz, you must accept responsibility for how your craven, self-serving actions contributed to the deaths of four people yesterday. And how you fundraised off this riot," Ocasio-Cortez tweeted on Thursday.

"Both you and Senator Hawley must resign. If you do not, the Senate should move for your expulsion," she added.

Cruz responded to the congresswoman, defending his right to challenge Electoral College votes as a United States senator and assuring Democrats he wasn't going anywhere.

"You are a liar. Leading a debate in the Senate on ensuring election integrity is doing our jobs, and it’s in no way responsible for the despicable terrorists who attacked the Capitol yesterday," Cruz said in a tweet. "And sorry, I ain’t going anywhere. When you and your socialist buddies... try to massively raise taxes, when you try to pass the green new deal & destroy millions of jobs, when you push for amnesty, when you try to pack the Supreme Court w/ activists to undermine our Constitutional rights... I will fight that every step & stand with the People."

The Houston Chronicle is also exploiting the opportunity to call for the senator's resignation.

Democrats and the media will never accept blame for ginning up violent, murderous mobs for the better part of last year and then ignoring the violence. AOC defended those riots, saying the point of protesting is to "make ppl uncomfortable." Pelosi said "people will do what they do," and Maxine Waters claimed violent protests "make America better." Such hypocrites.

Cruz wants fair and honest elections. Democrats like AOC want to void the election results by canceling their opponents.