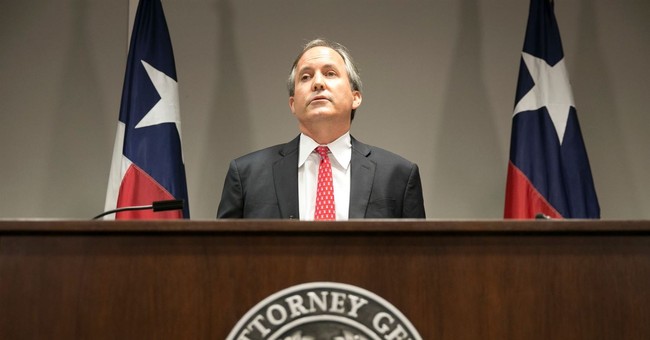 The new ban limits restaurants in Austin to only offering drive-thru, curbside pickup, takeout and delivery services between the hours of 10:30 p.m. and 6 a.m. beginning December 31 and lasting through January 3. Paxton filed a lawsuit on Wednesday seeking a temporary restraining order against the newest restrictions.

"Mayor Adler and Judge Brown do not have the authority to flout Gov. Abbott’s executive orders by shutting down businesses in Travis County and our state’s capital city," said Attorney General Paxton in a statement. "The fact that these two local leaders released their orders at night and on the eve of a major holiday shows how much contempt they have for Texans and local businesses. They think breaking the law is a game of running the clock before anyone can do anything about it. Texas is a law-and-order state, and these are people's lives and livelihoods that are at stake. I’ll continue to defend them against the arbitrariness of the mayor and county judge."

Mayor Adler and Judge Brown are named as defendants in the lawsuit.

The suit further argues the Texas Disaster Act "charges the Governor—not an assortment of hundreds of county judges and city mayors—with leading the State’s response to a statewide emergency."

"These are businesses that would remain open under Governor Abbott’s emergency orders," the lawsuit contends. "Defendants’ local orders thus conflict with Governor Abbott’s orders. One must prevail, and the only logical and legal option is the Governor’s."

The suit acknowledges the defendants will likely claim the measure is only aimed at trying to protect Austin residents, but the attorney general argues "that is exactly what Governor Abbott is trying to do as well."

"Disasters like COVID-19 raise difficult questions about how to balance individual health and economic vitality, which can be equally dangerous if ignored," Paxton argues. "These once-in-a-century pandemics are complicated enough that there can be more than one reasonable approach on how best to respond. But what cannot be meaningfully disputed is that the Texas Legislature intended that the Governor would ultimately decide such issues. The State asks this Court to respect the Legislature’s intent, apply the plain rule of law, and enjoin Defendants’ preempted emergency orders."

The mayor of Austin is another one of those Democrats who have come under fire for flaunting his own coronavirus guidelines.

In early November, Mayor Adler told residents in a Facebook Livestream to stay home and be more careful or risk more lockdowns. What the mayor didn't tell residents was that he was livestreaming his threats from a timeshare in Cabo San Lucas, Mexico.

According to the Austin American-Statesman, the mayor threw a 20-person wedding reception for his daughter at an upscale hotel in downtown Austin before boarding a private plane and jetting off to Cabo. Austin residents were under strict orders from the mayor to limit gatherings and any special occasions they might be planning to no more than 10 people.