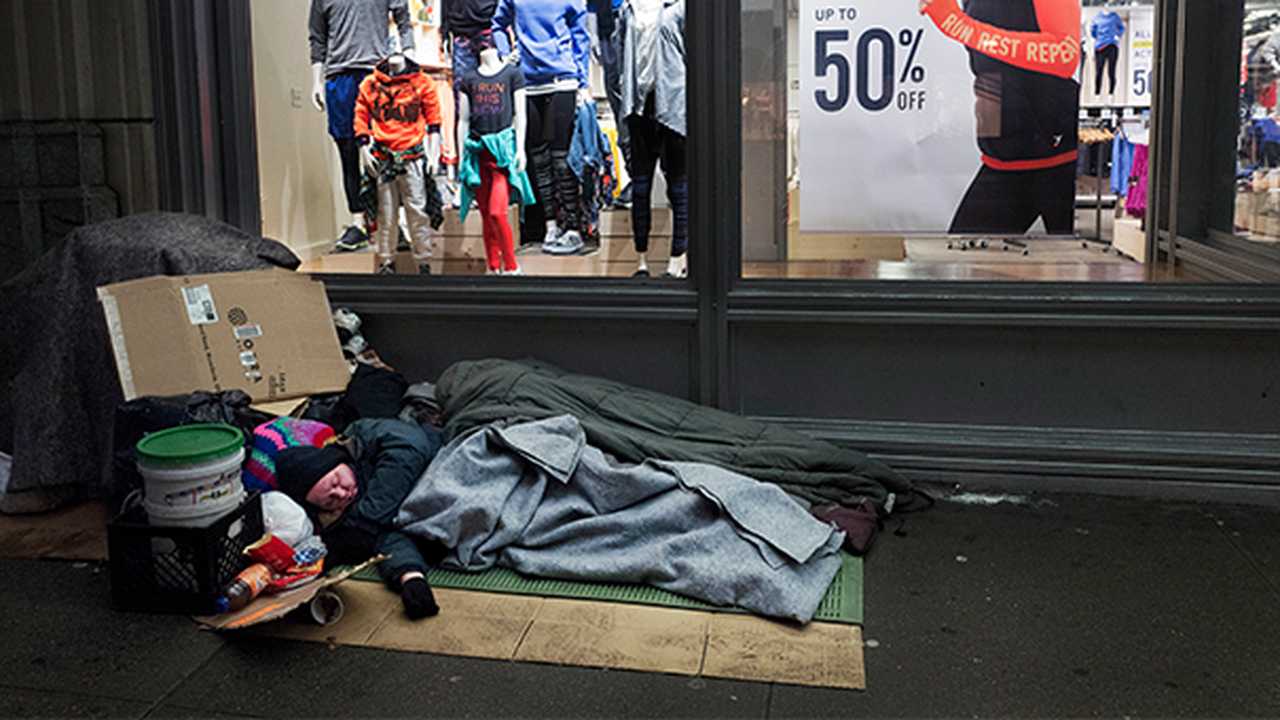 The number of individuals without a roof over their heads is soaring in New York City, according to new figures from 4 NY/NY Housing, a coalition of homeless advocacy groups.

A record 21,210 single homeless men and women were in New York City's homeless system in the month of October, The number includes an all-time record number of single men, 15,369, and a near-record of single women, 4,841, according to the new data, as reported by CBS News. The number does not include individuals and families living on the streets or those living in private shelters.

"This dire homelessness crisis among single adults has been exacerbated by COVID-19, which has already forced more individuals into homelessness and will likely worsen in the coming months," said Giselle Routhier, policy director for the Coalition for the Homeless.

Of course, it's not the virus throwing people out on the streets. It's the government-ordered lockdowns throwing millions out of work and shutting down businesses. In some situations, it's a crime even to try to put a roof over your head.

A Democrat candidate running for mayor in New York City recently proposed housing the homeless in abandoned office buildings. The candidate pointed to the vacant headquarters of the Daily News, a left-leaning media outlet whose employees now work remotely in the coronavirus era, as a potential site to house the area's homeless.

Crime is also soaring in the Big Apple. Shootings, murders, and burglaries are all up from previous years. The city also suffered several nights of violent riots earlier in the year.